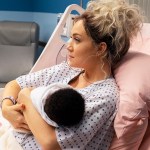 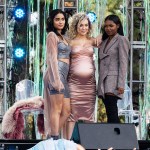 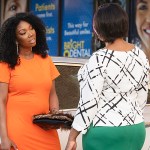 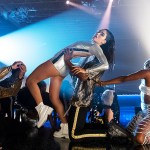 Luke James is a busy man these days. HL spoke EXCLUSIVELY with the actor/singer about Noah’s troubles ahead on ‘Star,’ his new movie ‘Little,’ and his upcoming music.

Noah has really been feeling the pressure lately. He’s been taking care of baby Davis ever since Star was put in jail and he’s been recovering from a nasty car accident. His responsibilities have been piling up and he’s started using drugs again to cope with it all. During the April 3 episode of Star, Noah passed out while warming up Davis’s milk. A fire ignited inside the apartment and Simone got there in the nick of time to prevent more tragedy. Simone was furious with Noah and walked out with Davis. HollywoodLife talked EXCLUSIVELY with Luke James about what’s next after this serious situation.

“Well, I think what we’re watching is the wake-up call,” Noah told HollywoodLife. “Because I think a person with a problem like an addiction problem, you don’t know you have a problem until it’s too late. I think he’s at the too late point, and I think what we’re about to see is the realization of where he is, that he is back in from where he just came from with the addiction. He’s still battling, truly, with that. He’s still in the fight. What we’re seeing is him realizing that he is, in a great way, still a little unfit to take care of Davis without help. Because the point of him taking the pills was because he was trying to mask it in a way to survive, be the father, be the artist that he needs to be in order to make sure that Star doesn’t worry. Before, he took drugs to numb his pain. He was on a downward spiral, but this is more so to survive and take care of business. We’re about to really see it all unfold and I think it’s gonna be a fight because Simone, of course, is headstrong and family’s first.  Rightfully so.”

Now that Simone is aware of Noah’s struggles with drugs are still very real, this puts a lot of strain on Noah and Simone’s dynamic. “It’s gonna put us on a very tight rope,” Noah continued. “We were edging our way to friends. Me and Simone had our moment together where we wanted to be strong for Star together, be a family, put our differences aside, but at the same time, Noah’s taking drugs. I think this is going to really strain their relationship tremendously and we will have to see that unfold.” Star is currently in a coma after suffering a serious head injury in prison. While Luke couldn’t reveal if and when Star will wake up, he did tease that there’s “some light at the end of the tunnel for sure.” Star season 3 airs Wednesdays at 9 p.m. on FOX.

Luke is also starring alongside Issa Rae, Regina Hall, and Marsai Martin in the new movie Little, out April 12. “I’m grateful to be a part of such a magical film, a film that we haven’t had for sure in the black community, one that we haven’t had a shot at really doing on a big level, which is awesome. It’s beautiful to show to the kids around the world, for them to be able to see themselves, to see people that look like them on big screens and doing magical things. It’s important to show these things. It’s about time. I grew up in single-parent household, just me and my mom, and I’ve seen my mother fight for her position at work and just in life. Now we’re living in a time where women in totality are extremely vocal and putting the action into it. I’m just grateful to be a part of a film that helps push that agenda along in a strong way. This is an all-female written, directed, led, produced movie. All of that is extremely, extremely awesome and I’m just grateful to be a part of this.” 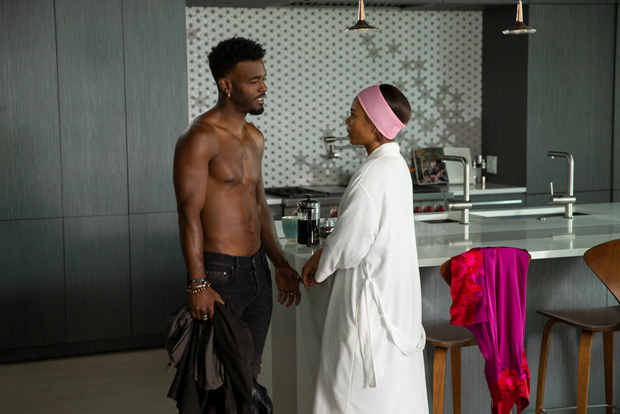 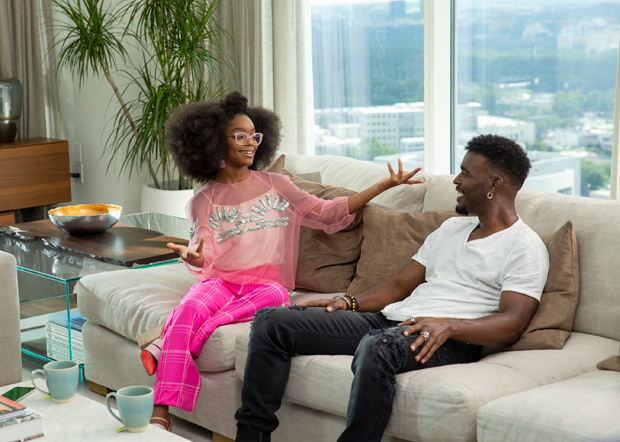 The actor plays Trevor, the love interest of Regina, who is also played by Marsai. “He’s a hopeful romantic trying to make a hopeless romantic fall in love.” Marsai also made history as the youngest producer at just 14 years old. “I love calling her boss. I love it,” Luke said.

In addition to acting, Luke is working on new music as well. “I’m working on my next album, but this particular project that I plan to put out is more of an EP. I haven’t put out a body of work in four years. I just wanted to give my fans and people who just have gotten acclimated to me as a singer, something to look forward to, something to feel.”