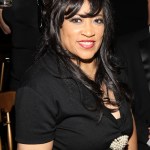 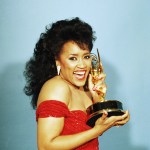 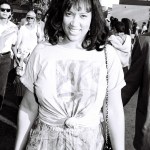 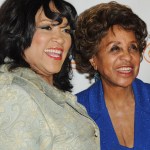 Jackée Harry considers an awkward run-in with ‘Santa Baby’ singer Eartha Kitt as her most ‘surreal encounter.’ Apparently, they shared the same man for a bit, according to the ‘Sister, Sister’ star.

Jackée Harry, 62, is known as the beloved (and sassy) mom on the ’90s sitcom Sister, Sister, but she was apparently the one being reprimanded during an encounter with Batman star Eartha Kitt. Journalist Michael Segalov asked Twitter users “what’s the most surreal encounter you’ve had with someone famous,” and Jackée replied on April 10, “Eartha Kitt slapped the f%#! outta me! She thought I was sleeping with her boyfriend.. which I was, but I didn’t know he was taken. 😩💔”

Jackée didn’t reveal the identity of this allegedly two-timing man, but did give curious Twitter users a clue: “He didn’t just eat the groceries, he restocked the shelves.” The Emmy-winning actress kept the innuendos rolling, adding, “He was a dual piano ‘playa.’ We didn’t know he was going to tickle both of our keys.” Understandably, fans freaked out over all these Twitter confessions. “Auntie is being too grown,” one fan tweeted, while another fan poked fun at Jackée’s departure from her other famous sitcom: “Damn. Eartha Kitt slapped Jackee so hard she left 227.”

It’s unclear if Eartha actually slapped “the f%#” out of the sitcom star, as she passed away from colon cancer at the age of 81 in 2008. But Jackee’s claim alone was enough to rock fans, considering the legacy Eartha left on Earth: hits like “Santa Baby” and “Where Is My Man,” a starring role as Catwoman in the ’60s Batman television series, and multiple runs on Broadway.

She thought I was sleeping with her boyfriend.. which I was, but I didn’t know he was taken. 😩💔 https://t.co/Cq4YkPM0uQ

He was a dual piano “playa.” We didn’t know he was going to tickle both of our keys. https://t.co/hKS5TlSBnb

Fans didn’t find Jackée’s claims to be that far-fetched, however, considering what Eartha once bravely told former First Lady Bird Johnson. “You send the best of this country off to be shot and maimed,” the legendary singer told the wife to former President Lyndon B. Johnson at a luncheon in 1968, according to a clip in The New York Times from that year. Eartha was criticizing the former FLOTUS’ handling of the Vietnam War, and added, “No wonder the kids rebel and take pot.” Reporters have relayed slightly different versions of Eartha’s comments, but all had the same message.