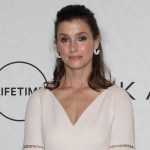 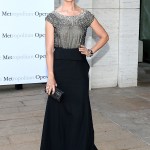 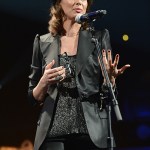 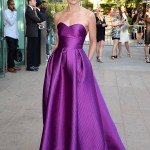 It’s been over a decade since Bridget Moynahan discovered she was pregnant with her ex, Tom Brady’s child. Now, she reveals she became ‘wildly private’ because her life was ‘violated’ by paparazzi who would ‘hide’ outside her home after their split!

Bridget Moynahan, 47, discusses the aftermath of her relationship with ex, Tom Brady, 41, in a rare and candid essay. The very private actress discovered she was pregnant with their child, Jack, now 11, in 2007, while Tom had moved on with his now wife, model, Gisele Bunchen, 38. “Having a baby should have been the most joyous time of my life, but instead I felt assaulted,” Bridget writes in the book, Our Shoes, Our Selves, (via People). ”It’s unnerving to be followed and stalked like that, especially during such an emotionally vulnerable time.” In the book, Bridget is one of 40 women who share an essay about what their favorite pair of shoes means to them.

Bridget went on to explain how she “barely left” her house after news got out that she was pregnant, because of the intense media attention. “I became reclusive for a bit,” she writes. “I became wildly private. I shared little and only with a select few.”

The actress recalled times when “I would have cars following me, and men hiding in the bushes outside my house,” after the birth of her son. “As a new mother, you want to just protect your child. That kind of attention felt like a threat,” she admits.

Then, one day Bridget headed to Barneys to return some baby clothes, when she had to hide from photographers, who followed her to the store. And, that’s when she saw a pair of motorcycle boots that changed the course of her mentality moving forward. “I thought, that’s what I need. Let me get a little bit of my ‘New York’ back, a little armor,” she writes.

“I decided that these boots would give me back some of the confidence and strength that I had lost — lost from a very public breakup; lost from having a baby on my own; lost from two surgeries to correct hernias from having my baby,” the Coyote Ugly actress continues. “Lost from not losing the baby weight because the two surgeries kept me from recovering; lost from feeling incessantly violated by the paparazzi.”

Bridget and Tom dated in the early-mid 2000s. The pair had already split when she found out she was pregnant with his child at age 36. Tom, a New England Patriots QB at the time (and he still is), broke the news to his then girlfriend, Gisele two months into their new relationship, the model has previously admitted.

Bridget went on to marry businessman Andrew Frankel in 2015. And, Tom and Gisele wed in February 2009. They share two children together — son, Benjamin, 9, and daughter Vivian, 6.

“I think a lot of women can relate to finding themselves in a life moment that has taken a little bit of their joie de vivre out of them, and then having that moment to reclaim it,” Bridget, who’s admitted that she co-parents just fine with Tom, adds in her essay.