Add “music video star” to Jordyn Woods’ resume. The 21-year-old teamed up with YouTube personality Justin Roberts, 16, for his brand new vid, “Way Too Much,” and they celebrated its release at The Peppermint Club in West Hollywood, CA on April 8. After rolling up to the club, Jordyn paused for photographers. Her heather grey t-shirt dress, with its strategic cutouts, allowed Jordyn to flaunt her abs as the cameras flashed. HollywoodLife.com was there, and our EXCLUSIVE footage shows just how hard Jordyn has gone at the gym.

Kylie Jenner’s former BFF had plenty of reasons to celebrate. In her first gig since the Tristan Thompson kissing scandal, Jordyn teamed up with the young YouTube sensation – and fellow influencer Sofia Jamora, 21, — for a project that seemed to mirror her own life. The song is reportedly an homage to young stars in the social media spotlight, according to E! News, and the consequences when fame becomes “way too much.” The video for the track has a “Toy Story meets The Matrix” vibe, as the women play life-sized dolls that are assembled in a factory. When faced with an overwhelming life of fame, they make a daring escape from captivity.

Considering Jordyn, so to speak, had to “escape” her life when the drama surrounding her and Tristan’s infidelity got to be “way too much,” it makes sense that she would be involved. This project with Justin (a former member of Jake Paul’s Team 10 YouTube Empire) may have also lifted a weight off Jordyn’s shoulders, as she worried that the fallout from the scandal might have affected her career. When it was clear that she wasn’t going to lose her endorsement deal with Eylure Official Lash Collection over the “homewrecking” accusations, we EXCLUSIVELY learned that she was “relieved… she has worked really hard and is really proud of this project is so thankful to have her own collection and make her own name separate from Kylie.” 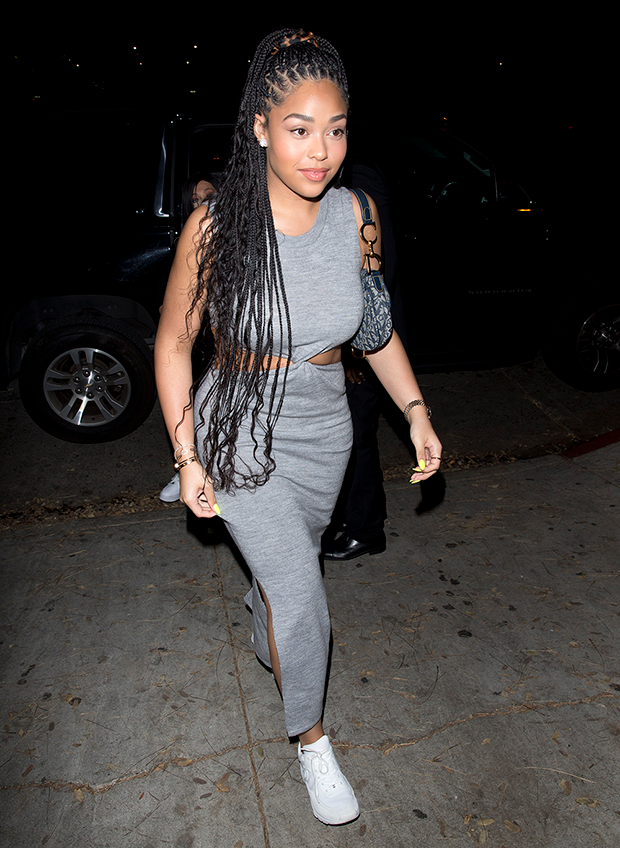 “Jordyn is working extremely hard at making a name for herself in the industry,” an insider EXCLUSIVELY told HollywoodLife.com, adding that Jordyn learned a thing or two from Kylie. “She really idolized Kylie and wants to be a business billionaire like her…. She’d love to dip more into fashion and beauty endorsements and deals. It’s her overall goal and dream.”

This music video might be the next step in accomplishing that dream. “Way Too Much” will be released on April 12.