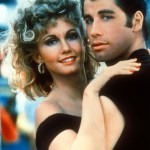 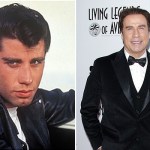 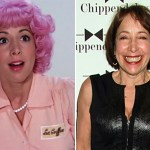 ‘Grease’ fans are finally having their No. 1 question answered: How exactly did Danny and Sandy’s great summer romance play out, before high school politics complicated it?

Summer loving happened so fast, so Paramount is rewinding things a bit with a prequel of the same title for Grease. John August, who penned the Aladdin and Big Fish scripts, will be writing the new film, which our sister website Deadline confirmed on April 9. The prequel’s “jumping off point” will be the song “Summer Nights” — you know, that iconic scene where high schoolers Danny Zuko (John Travolta) and Sandy Olsson (Olivia Newton-John) recall their romantic rendezvous on the beach in the summer of 1959. And the movie is staying true to the song “Summer Nights.” Apparently, Danny’s recollection of “the fling” is “more raunchy,” while Sandy remembers their meet-cute being “more innocent,” according to the report.

Since Danny and Sandy’s love stories were told from different perspectives after summer, fans are ecstatic that they won’t be left in the dark for long. “Happy about the Grease news. Like many, I have long wondered how Danny and Sandy met and fell in love as there is no scene from the original Grease that explains this,” one moviegoer tweeted, while another wrote, “WHAT!?!? I’m sooo excited!!”

Not everyone found a prequel to be necessary. “We already got the prequel, there was a whole song about it in Grease,” a fan tweeted. Although “Summer Nights” was all tell and no show, it did inform us that Danny apparently saved Olivia from drowning at the beach, and they proceeded to go on activities such as bowling, drinking lemonade and making out under the dock (well, their versions differ). Another fan made this point, who tweeted, “The movie itself said that they met in the beach the summer before so please don’t ruin ‘Grease’ and at the same time the prequel is already many years too late.”

OMG, they are doing a Grease prequel!

More fans were curious as to which actors will take the baton from John and Olivia (the two Hollywood legends are now ages 65 and 70, respectively). The cast, along with a premiere date, has yet to be announced. This will be the third film in the Grease franchise. The 1978 musical was followed by a sequel in 1982, Grease 2, that starred Michelle Pfeiffer and Maxwell Caulfield.