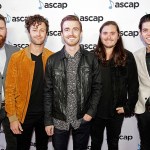 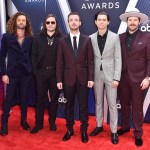 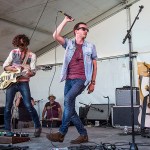 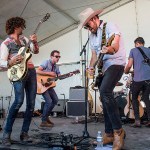 Congratulations are in order for LANCO — the 2019 ACM New Vocal Group of the Year! Here’s what you should know about the band that everyone’s been buzzing about.

The 2019 ACM Awards kick off on April 7 and per usual – it’s about to be a star-studded event! Country band LANCO is one of the night’s attendees, and scooped up a very special honor at this year’s show. The band, consisting of Brandon Lancaster, Chandler Baldwin, Jared Hampton, Tripp Howell, and Eric Steedly, have been dubbed the 2019 ACM New Vocal Group of the Year winner. It’s a well-deserved accolade for the Nashville-based group, who broke records with their chart-topping hit, “Greatest Love Story.” The single went platinum before their debut album was even released – a first in country history! We’re sharing all you should know about the LANCO guys before they accept the honor Sunday night.

1. It’s all in the name. LANCO is actually short for Lancaster and Company. Why? Well it’s only fitting seeing at the frontman’s name is Brandon Lancaster.

2.  They can thank Keith Urban for one very special moment in their career. It was at the country star’s concert that they ran into famed record producer Jay Joyce who eventually signed them to his publishing company.

3. Netflix also had a hand in their success. The band was put on the map in a big way when their single, “Greatest Love Story” appeared on the streaming service’s original show The Ranch, starring Ashton Kutcher. It soon became a hit!

4. Their 2019 ACM win marks the first for the guys. The honor was announced ahead of the 54th Academy of Country Music Awards, which kick off Sunday, April 7th. They join a list of pretty epic artists receiving new artist nods!  They join Luke Combs and Ashley McBryde, who received nominations for New Male Vocalist and New Female Vocalist, respectively.

5. They’re still just getting started. Hallelujah Nights, the band’s long-awaited full-length debut, dropped in January of 2018. Despite it being their first full-length work, the album debuted at No. 1 on Billboard‘s Top Country Albums Chart!