Shine up your boots and put on your best dress, because it’s time for the Academy of Country Music Awards! Some of country music’s hottest stars are hitting red carpet in Vegas, so check them out as they arrive!

Before host Reba McEntire takes the stage at the MGM Garden Arena in Las Vegas, the biggest and brightest stars of country music will walk the red carpet for the 54th Academy of Country Music Awards. Expect to see stars like Carrie Underwood, Maren Morris, Jessie James Decker Brandi Carlile, Kelly Clarkson, Chris Stapleton, Blake Shelton (and maybe Gwen Stefani?) all walk the carpet before the April 7 extravaganza. It seems like every single country music star in the world is attending, which means so many fashions will be showcased on the red carpet.

While country music awards aren’t really known for their drama –Reba McEntire told the Tennessean that she will not bring up politics during her record-setting 16 th time hosting the ACMS – it will be interesting to see Miranda Lambert on the red carpet. After all, this will be the first major country music awards show since her surprise marriage to Brendan McLoughlin. As for a possible awkward run-in with her ex, Blake Shelton, don’t hold your breath, as a source EXCLUSIVELY told HollywoodLife.com that Blake isn’t sweating it since the ACM producers “have [everything] down to such a science” that any chance of drama is between “slim to none.”

After all, who needs awkward drama when there are so many performances taking place? After strutting their stuff down the red carpet, some of country music’s biggest stars will light up the stage. Carrie Underwood, George Strait, Chris Stapleton, Miranda Lambert, Thomas Rhett, Little Big Town, LANCO and AMC Dick Clark Artist of the Decade Award recipient, Jason Aldean, are scheduled to perform. The night will also be home to some epic collaborations. Maren Morris will team up with the Brothers Osborne, Florida Georgia Line will collab with Jason Aldean, Khalid will collaborate with Kane Brown, while Kelly Clarkson will perform alongside Dan + Shay (which is fitting, as guests sipped on Casamigos Tequila on both the red carpet and backstage in the artist’s lounge!) If that wasn’t even enough, Brandi Carlile, Eric Church, Dierks Bentley, Blake Shelton, Luke Bryan, Keith Urban and Reba herself are all scheduled to perform. Phew! 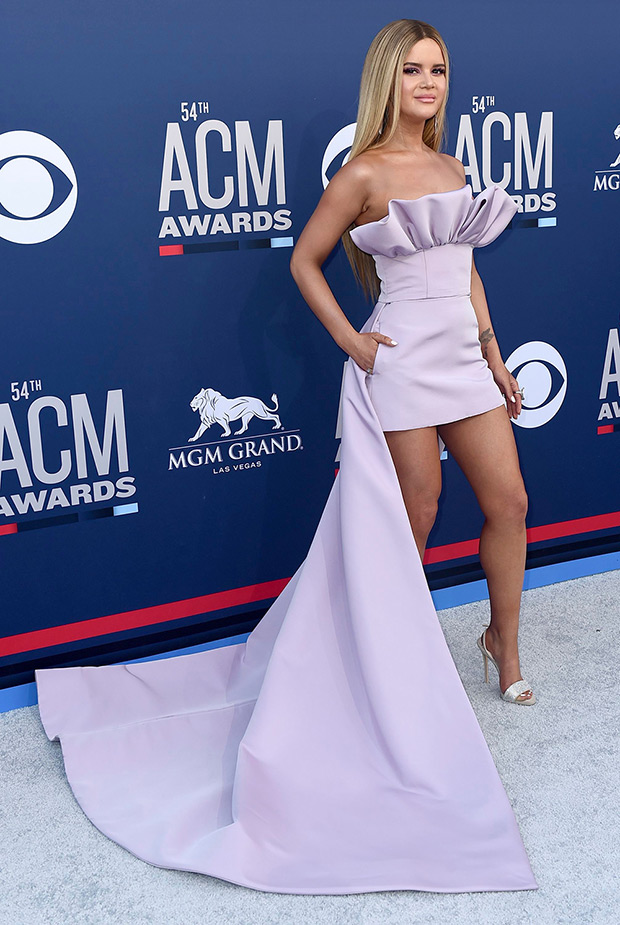 Speaking of fashions, expect Reba to pull a Cher and have more costume changes than you can count. “I’ve got six or seven outfits that I’m gonna be wearing,” Reba said when speaking with The Hollywood Reporter In Studio, before sharing why she loves going to the ACMS and all the other country music awards shows. “It’s like a family reunion when you go to an awards show. You see all your buddies and your friends, and you have new friends because there are a lot of the newcomers that I haven’t met yet, so I’m looking forward to that.”