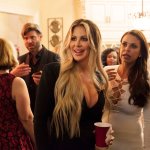 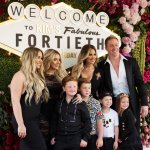 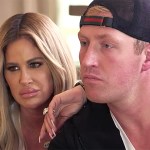 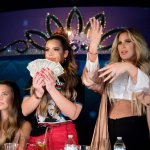 Kim Zolciak may be known as a ‘one hit wonder’, but that could soon change, as she started recording a new song during the April 5 episode of ‘Don’t Be Tardy’.

It’s been nearly a decade since Kim Zolciak, 40, last released a song — in fact, “Tardy For The Party” is her only song and she released that in 2009 — but she finally decided to work on a second song during the April 5 episode of Don’t Be Tardy. And it was mainly because a songwriter reached out to her with a song called, “Wig”, which she felt sounded like the perfect track for her. And it didn’t hurt that she also liked the sound and beat of the song upon hearing a snippet of it. Anyway, Kim finally met up with the songwriter this week and got in the recording studio to lay down the track. Kroy also went with her for some support, and it took her a bit to get comfortable behind the mic again, but if you ask us, it sounds like the song’s going to be another smash for Kim! Kim even said she hopes to sing it when she and Kroy go to Key West, Florida for their annual gay pride event.

Meanwhile, Ariana pursued obtaining her driver’s license this week, so she too could fly the coop like Brielle Biermann did. However, it wasn’t so easy for her. While Kim and Kroy watched from afar, Ariana tried her best at passing her driver’s test with flying colors, but she hit a few cones while parallel parking, so that made everyone nervous. Would she pass? Would she fail? The instructor told her to meet her inside the classroom, where he would deliver her results. And guess what? She passed! Because the cone incident was her only penalty, the instructor allowed her to get her driver’s license. Kim was happy for her, but also scared since Ariana’s now able to drive by herself whenever she wants.

And later, Brielle realized that after moving out, she actually misses being at home with her family. Kroy even pointed out that he’s now seeing her more than he did when she lived with them. And this realization came after Kim and Kroy threw a joint birthday party for KJ and Kash, since their birthdays are only a couple months apart.