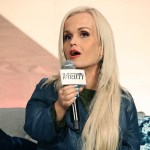 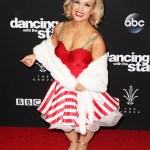 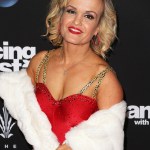 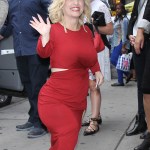 Mika and Jasmine fight in this EXCLUSIVE preview of the ‘Little Women: LA’ season 8 premiere. Mika is upset with Jasmine for calling her a ‘punta.’

Mika and Jasmine sit down and talk in this EXCLUSIVE preview of the Little Women: LA premiere and the tension is high between them. “I know that I wasn’t on my best behavior the first few times we’ve hung out, but I never intentionally was trying to be mean,” Mika tells Jasmine. “But I heard you called me a ‘punta’ and that really hurt my feelings.”

Jasmine is not too happy about Mika bringing this up right now. “I appreciate that Mika didn’t start this sh*t while Terra was here but I think it’s pretty classless to come all the way to LA on my invitation to b*tch me out,” Jasmine says in her confessional. “I can do a hell of a lot worse than call you a ‘punta.'” Even though Jasmine doesn’t think the name-calling is a big deal, Mike didn’t think it was a joke.

“It’s just a word,” Jasmine tells Mika, who claps back. “So is ‘midget’ and that hurts, too.” Mika doesn’t think she’s done anything to deserve being called a ‘punta.’ Jasmine quips, “You were acting like one.”

Season 8 is going to be a season of big changes for the cast. The Lifetime synopsis reads: “Season 8 is all about the Little Women showing that it’s never too late for big life changes, so they vow to leap out of their comfort zone and push themselves to new heights. For Tonya, that means finally defining her relationship with Jaa, while also getting back to her roots in acting. For a 35 lb lighter Christy, it’s a new body and a new outlook on a dream she’s had for years. Meanwhile, Elena is pushing her entrepreneurial skills to the next level with a make-up line and a children’s book while Jasmine is recommitting to Chris in an elaborate vow renewal. It’s all about giving back to the community for Terra, as she works with younger Little People and eventually launches her own Little People retreat.” Little Women: LA airs Thursdays at 10 p.m. on Lifetime.