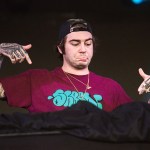 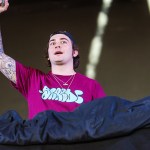 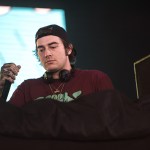 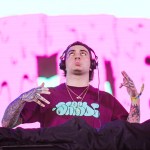 With just seven shows left, Getter has announced that the rest of his ‘Visceral’ Live tour have been cancelled. The decision came because he no longer felt ‘happy’ due to ‘constant hate’ over his new music.

“I started the Visceral project to move forward not only my career but my mental state,” Getter wrote on Twitter April 3. “I thought this tour was an effort to make myself happy and prove to everybody that music is more than just raging on a weekend. Imagine working toward something, putting in all your effort, time and money into something that you feel could FINALLY separate you from the rest and show you DO have purpose. All to just get yelled at, booed, and have s*** thrown at you because it’s not the cookie-cutter bulls*** they are used to. Criticism is healthy. My friends and I frequently critique each other’s work and it helps the final product. However, the constant hate and disgusting attitudes I’m faced with are destroying me.”

Getter released his album, Visceral, back in Sept. 2018, and fans quickly noticed that it had quite a different sound than the music they were used to hearing from him. Unfortunately, the negative reaction to the music being played on the road seems to have taken a toll on the DJ. “To all my actual fans who have supported me and helped me through this bulls***, I love you and I’m so f***in sorry I have to do this. I am not happy anymore. I am canceling the rest of the tour. I need to make myself happy. I can’t do this s*** man.”

The Visceral tour kicked off on Feb. 27 in Oregon, and Getter played 19 shows up until April 2. There are seven shows left on the tour, which was expected to conclud on April 13 in Indianapolis. The other remaining dates are in Philadelphia, Boston, Montreal, Detroit, Chicago and Columbus.

As of now, no information on ticket refunds or rescheduling of the tour dates has been confirmed. Getter is also scheduled to play at #GRIDLIFE Midwest in June, as well as Lollapalooza in Paris in July. It’s unclear if these dates will also be cancelled.