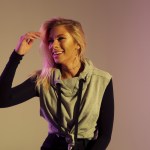 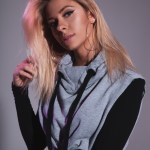 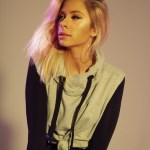 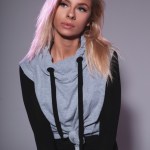 Move over, because Andie Case is about to take the music world by storm. Her latest single, ‘Stuck In My Head,’ is incredibly sexy and she told us all about penning the flawless track.

Andie Case, 26, is carving her own path. After getting kicked out of her high school, the singer knew that there were bigger things ahead, and threw all of her rebellious energy into a music career. It proved to be the right choice for Andie, whose unforgettable tracks are taking the music world by storm, one by one. Her latest, “Stuck In My Head,” is an honest display of her songwriting abilities. The stunning songstress who comes from a family of seven, admits she’s always had to work hard to stand out from the pack, and it shines through her music. The songstress has built herself a loyal following of nearly 300K Instagram followers and everyone’s taking notice! In 2017, Sabrina Carpenter presented Andie and Mike Tompkins MTV’s Cover of the Year award for their cover of Zedd’s hit song “Stay.” Oh, and the singer was once awarded a very special prize by none other than Usher after winning the online talent competition Megastar. With a list of impressive accolades behind her and a new song under her belt, Andie is one to watch. She told us all about her brand new track in an EXCLUSIVE interview!

“It was magic. It was such good vibes,” the singer says of recording her new track. “That’s so important when you’re making music together because it’s so personal when you’re creating together. You have to be in this vulnerable state to open up and throw out ideas and not be afraid that they’re going to be shot down. All three of us were just vibing off each other and just ended up writing a dope song,” she adds.

“Stuck In My Head” even got a sexy music video to match, and Andie looked beyond flawless for the gorgeous clip. “The video basically revolved around the concept of songs about one night stand,” the singer says. “It’s an ideal one night stand. I really wanted the video to capture what a perfect night with a random stranger would be. This magical moment. This song came together so perfect and so magical. It’s not like I’ve had this specific experience, but there’s moments that all of us took from our fantasized one night stand, what that would be. That’s what the video is. It’s colorful and sexy and fun.”

With her last single, “Mysterious,” Andie was brave enough to touch upon her bisexuality, despite coming from what she deems a “conservative” family. “It was just something that I thought I had to hide and then I was like fuck it, this isn’t who I am, this is me,” she tells HollywoodLife.

Andie also took the time the reflect on the life-changing moment when she was awarded a one million dollar prize from R&B superstar Usher after winning a singing competition. “That was surreal.
It literally doesn’t even feel real. It’s so weird. It’s amazing. It was all voted by fans and it just was so surreal,” she recalled. Clearly, this rising pop star was destined for the big time! Be sure to catch the singer’s video for “Stuck In My Head” above.