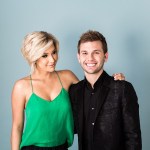 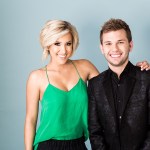 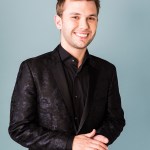 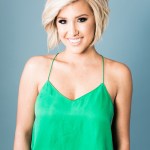 Savannah and Chase Chrisley head to the City of Angels to prove themselves as working adults in their new spinoff, ‘Growing Up Chrisley’, premiering April 2! The Nashville natives reveal why they chose LA to pursue their dreams.

The City of Angels is now the home of not one, but two Chrisley’s! Savannah, 21, and Chase Chrisley, 23, pack up their things and move from Nashville to LA in their new Chrisley Knows Best spinoff, Growing Up Chrisley — premiering on April 2 at 10:30 PM ET on USA. The brother-sister duo heads to Hollywood Hills to prove themselves as adults and to pursue their dream careers. Chase wants to be an actor, while also working in real estate and even dabbling in creating his own clothing line. Meanwhile, Savannah has her sights set on the beauty industry.

“I think LA was the best fit because for the careers that we’ve chosen to make an attempt at, this is where everything’s happening, so it’s where the connections are,” Chase tells HollywoodLife during an EXCLUSIVE interview ahead of tonight’s premiere. As for Savannah, she’s putting her focus into building her cosmetics line. “I’ve also become the creative director for Rampage,” she says. “It’s a clothing line that’s been around for a while, but I’m coming on board to revamp everything and kind of bring it back to life,” Savannah explains adding that she will contribute her own style to the brand. “The first collection should be out by the holiday season, so we’re working hard, working fast, and it’s fun.”

Upon moving to LA, Savannah and Chase’s hilarious father, Todd — whose known for his protective nature in the family’s USA show, Chrisley Knows Best — told them they’d have three months to become successful in LA. (That’s a very Todd-like thing to say, if you don’t watch the show). “He was like, ‘Alright, you got three months,'” Savannah recalls. “He helped us with the housing situation, but really now we’re doing everything on our own. He’s like, ‘You guys have a job, you make money, you can pay your own way.’ So, that’s kind of what we’re doing, just figuring it out.”

Savannah admits that their father has been “all up in it” since she and Chase moved to LA. “He showed up once while we were here [in LA] and then just constantly calls, texts, and checks in. So yeah, it’s just your typical dad,” she says.

Both Savannah and Chase emphasize how nice it is to have their “own space,” now that they’ve moved to LA — especially Chase. As you may know, Chase is the wild card in the family. When he’s not pursing his career, or driving Todd crazy, he’s  got his eyes on the ladies. “The sun goes down, I’m socializing,” he admits of his time in LA.

While things may seem sweet in the Hollywood Hills, the siblings do run into some obstacles along the way. “I think as we all know, it’s a tough industry to be in,” Savannah says of the fashion and entertainment industry, in which she and Chase are both immersed in. “It’s very cut throat and you can be in one day and out the other, so I think it’s just about not falling into the temptation that’s out here.”

Savannah continues: “Out here in LA there’s a pressure to act a certain way, or to look a certain way, or to be doing certain things so that you could be in the limelight and get the attention,” she admits. “So, it’s slow and steady wins the race. I’m a firm believer in that. You may not be a huge superstar now, but if you stay on the path and you do things the right way then you’ll eventually get there. It’s kind of what I had to keep in the back of my mind — to just stay focused and the end goal is what I’m looking at.”

The brother-sister pair says they’re both “excited” for the world to see them without the rest of their Chrisley clan. But, there is “a lot of pressure” that comes with a spinoff, especially when the original has set the bar so high. “It was our first time actually filming with just us two,” Savannah says. “Normally there’s a bunch of other people involved, but it was just us. There’s a lot of fun antics that go on and obviously business stuff, but also just fun stuff. Some of our embarrassing stupid moments, but oh well. Hey, we signed up for reality television!” — Growing Up Chrisley premieres on Tuesday, April 2 at 10:30 PM ET on USA.