The dead have come back to life…and they’re going after Selena Gomez! The ‘I Can’t Get Enough’ singer stars in the trailer for ‘The Dead Don’t Die,’ a new zombie romp featuring Adam Drier, Bill Murray and more.

“Well, that’s unfortunate,” Selena Gomez says in an understatement, as she seemingly gazes on a zombie-riddled landscape in the trailer for The Dead Don’t Die. While the trailer, released on April 1, doesn’t see Selena grab a chainsaw and take on the hordes of living dead, gorehounds and zombie aficionados are given plenty to be excited about. The bonkers new film from writer-director Jim Jarmusch includes Tilda Swinton as a Scottish (?) samurai, RZA working for the UPS, and a small-town police force, tasked with fighting back the living dead, comprised of Adam Driver, Chloë Sevigny, and Bill Murray.

Billed as “the greatest zombie cast ever disassembled,” the cast also includes Steve Buscemi, Danny Glover, Caleb Landry Jones, Rosie Perez, Iggy Pop, Sara Driver, Carol Kane, and Tom Waits. The cast is a “who’s who” of Jim Jarmusch movies, as many of the stars have worked with him before. RZA appeared in Jim’s Coffee and Cigarettes, while Chloë Sevigny worked with him on Broken Flowers. Adam Driver starred in Jim’s Paterson. Iggy Pop appeared in Coffee and Cigarettes and Jim directed Gimmie Danger, the 2016 documentary about Iggy’s legendary punk band, The Stooges. Tom Waits worked with Jim on both Down By Law and Coffee and Cigarettes, while both Bill Murray and Tilda Swinton have appeared in many of Jim’s movies.

Jim previously took a stab at the supernatural with the vampire movie, Only Lovers Left Alive, which starred Tilda Swinton and Tom Hiddleston. But, where that movie was lauded for its tone and approach to the blood-sucker genre, this movie is apparently a complete 180 from that. “His vampire picture was more dramatic and romantic,” Chloe told Collider. “The Dead Don’t Die is more in the vain of a comedy. It’s Adam Driver and Bill Murray and myself, and a whole cast of characters. [Jim] refuses to say that it’s social commentary, but zombie pictures often are, and it’s pretty easy to ascertain what he would be speaking on. There’s an environmental catastrophe that sets this thing off.” 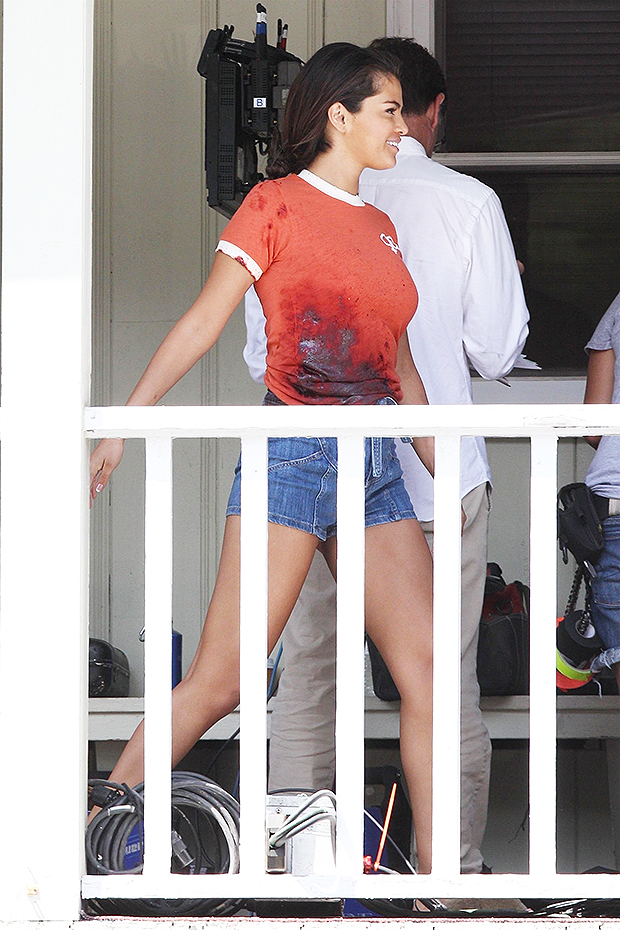 This film will be Selena’s first on-screen role since 2016, when she appeared in In Dubious Battle and Neighbors 2: Sorority Rising. She recently lent her voice to 2018’s Hotel Transylvania 3: Summer Vacation. As for The Dead Don’t Die, expect this zombie adventure to swarm theatres on June 14.