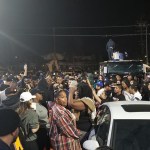 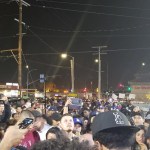 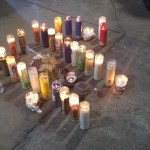 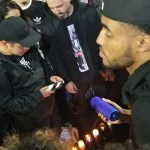 Hundreds of Nipsey Hussle fans gathered at the scene where he was tragically shot and killed to hold a vigil on the evening of March 31. Of course, it was an emotional event.

Fans are absolutely devastated over Nipsey Hussle’s death, and more than 1,000 showed up to show their support for the rapper in the hours after he was shot outside of his store, Marathon Clothing, on March 31. The hundreds of people were “crying, taking video, taking pictures, singing Nipsey’s songs, playing his songs on bluetooth speakers and chanting his name over and over and over,” an eyewitness at the scene told HollywoodLife EXCLUSIVELY. Many people also lit candles, and the parking lot where he was shot dead was filled with candles and other memorabilia. “Everyone was honoring Nipsey in their own special way and singing his songs and pouring out liquor in his honor,” our witness added.

Three people were shot in total outside the Los Angeles clothing store, and Nipsey was pronounced dead at the hospital, according to NBC News. One other victim was treated at the hospital, while the third declined to get further treatment, police confirmed. Meanwhile, the suspect remains at large. The tragic shooting took place just one day before Nipsey was scheduled to meet with members of Los Angeles law enforcement to “talk about ways he could help stop gang violence and help [police] help kids,” LA Police Commissioner, Steve Soboroff, said.

The LA community, along celebrities and hip-hop fans all over the world, have been absolutely rocked by the news of Nipsey Hussle’s death. Tributes poured in on social media all night long from stars like Drake, Rihanna, John Legend and dozens of others. Nipsey is survived by his longtime girlfriend, Lauren London, and their son, Kross, 2, as well as his daughter, Emani, from a previous relationship.