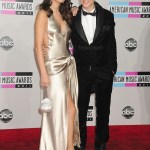 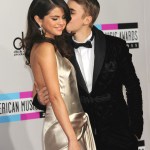 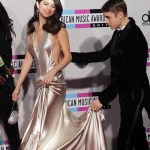 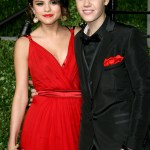 Justin Bieber just got busted for liking an Instagram photo where he was in Selena Gomez’s arms and giving her a kiss. This comes less than a week after the married singer said he still loves his ex.

Justin Bieber seems like he has a little case of Selena Gomez on the brain lately. Even though he’s been married to Hailey Baldwin since Sept. of 2018, he’s shown for the second time in a week that he’s still got feelings for his 26-year-old ex. The Instagram fan page Justinsoutfits posted a series of rare pics of the Biebs — mostly from his early days when he rocked that sideswept hairdon’t — but the second pic was from when he was older and showed Selena sitting on his lap with her arms around him and going in for a kiss. Justin, 25, liked the pics and soon fans began calling him out for still crushing on Selena.

“Tea is coming!!!! Cause there is Selena was with him. 😂😂🤣🤣” one fan wrote in the comments while another observed “This man cant leave Selena alone.” Another fan echoed that sentiment, begging him “@justinbieber leave Selena alone ALREADY” while yet another said  “Justin liked a Jelena picture while married to Hailey Baldwin. can he pls leave my unbothered sel alone.”

Others trolled Hailey, with one person tagging her and writing “@haileybieber you have the last name but Selena is and always will be on your man’s mind, tell him to hide his obsessive a little better next time😉.” Another wrote “@justinbieber you like the attention? How does your wife feel about the fact that you will never be over selena?😌” “Say whatever y’all wanna say but accept the fact that Hailey is Justin’s second choice *sigh*” one fan added.

Justin liking the pic — which he since disliked after the fan pile on — comes right after his March 25 response to a fan that he still loves Selena, even though he married Hailey. He posted a gorgeous IG pic of his 22-year-old wife and one hater whose Instagram handle is @jaileyisajoke wrote “You are NOT in love with Hailey! You only married her to get back at SG plus Hailey sleeps with men like @shawnmendes for fame and she’s racist.”

The Biebs fired back “A logical person doesn’t talk or think this way. U should be ashamed of yourself really. I absolutely loved and love Selena. She will always hold a place in my heart, but I am head over heals [sic] in love with my wife and she is absolutely the BEST THING that has ever happened to me period.” Even in today’s post that Justin liked, one of the comments taunted Justin’s own words, writing “Don’t talk about her, ‘I love my wife she is my everything,’ he couldn’t stay faithful for 2 minutes 😂.”