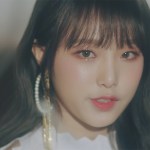 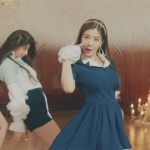 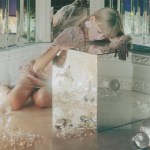 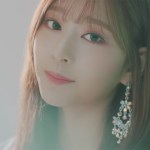 IZ*ONE released their second mini album and their music video for ‘Violeta’ on April 1. The music video is sensational, and fans are in love with the concept, visuals, and everything.

Put the “Violeta” music video in a museum to be cherished forever. IZ*ONE has dropped the gorgeous music video, along with their second mini album, HEART*IZ. This is the comeback IZ*ONE fans have been waiting so long for. The music video is visually breathtaking with hues of purple, blue, teal, pink, and more.

All 12 IZ*ONE girls look and sound amazing. They rock a number of incredible outfits over the course of the music video, including sparkling tops, mini skirts, beaded dresses, and more. Their “Violeta” wardrobe is so on point. Once the music video was released, fans couldn’t help but voice their praise on Twitter. “Violeta” immediately become a worldwide trending topic on Twitter. “KANG HYEWON AND KIM MINJU IS NOT HERE TO FOOL AROUND. MY WIGS ARE SNATCHED,” one fan tweeted. Another fan tweeted, “iz*one, congratulations for your comeback! #VIOLETA is truly a masterpiece, from head to toe, you guys slayed. your journey is still long, please keep up the good work everyone. and stay hydrated since the weather is really cold! don’t let the weather make you sick!”

On the same day as the release of their music video and mini album, IZ*ONE performed “Violeta” together for the first time live on Mnet. In short, they totally slayed the stage with their synchronization and stunning outfits.

KANG HYEWON AND KIM MINJU IS NOT HERE TO FOOL AROUND. MY WIGS ARE SNATCHED. #IZONE_VIOLETA #아이즈원_비올레타https://t.co/HNdbliOrPc pic.twitter.com/kgzlytjRSZ

The K-pop and J-pop girl group dropped their very first album, Color*Iz, in Oct. 2018. They also teamed up with renowned DJ and music producer Jonas Blue on the song “Rise.” IZ*ONE was part of a re-released version that was unveiled in March 2019. The group’s debut Japanese single, “Suki to Iwasetai,” was released in Feb. 2019.