Sometimes, you have to stop and smell the flowers, and that’s what Angelina Jolie did. As she and Brad Pitt are working to be declared single legally, she took her young doppelganger — 10-year-old Vivienne — out shopping.

Spring is in the air, and Angelina Jolie, 43, decided to celebrate the season of rebirth with flowers. The Maleficent star took one of her kids, Vivienne, 10, out shopping on March 31. Angie and her lookalike daughter were all smiles during the sunny day, walking hand in hand while strolling down the streets of Los Angeles. The mother of six was dressed for the springtime weather, wrapping herself up in a tan trench coat while her young daughter rocked a pair of denim overalls. If there was any drama lingering in Angie’s mind over the recent report that she and Brad Pitt, 55, are working out the final kinks in their divorce, Angelina didn’t show it. She looked as if she hadn’t a care in the world.

Perhaps the recent report is why Angie seemed so happy? She and Brad are supposedly negotiating a “bifurcated judgment” of their married status, which would allow these former lovers to legally divorced and single before all their assets are divided and before a final custody deal is reached. The deal wouldn’t finalize the divorce – as they would still have to go through the process of divvying up all the properties and settling on a custody arrangement – but the “bifurcated judgment” would reportedly allow these two to “emotionally move on” with their loves.

In the meantime, Angie is living life like a single mother, spending as much time with her kids – Maddox, 17, Pax, 15, Zahara, 14, Shiloh, 12, and twins Vivienne and her twin brother, Knox, 10 – as she can. She took the four youngest to the premiere of Dumbo in Los Angeles on March 11, weeks after she was spotted taking six of her children to a special screening of The Boy Who Harnessed The Wind in New York City. While Brad is a bit concerned that all these trips and shopping sprees might “spoil” their kids, Angelina isn’t going to stop anytime soon. 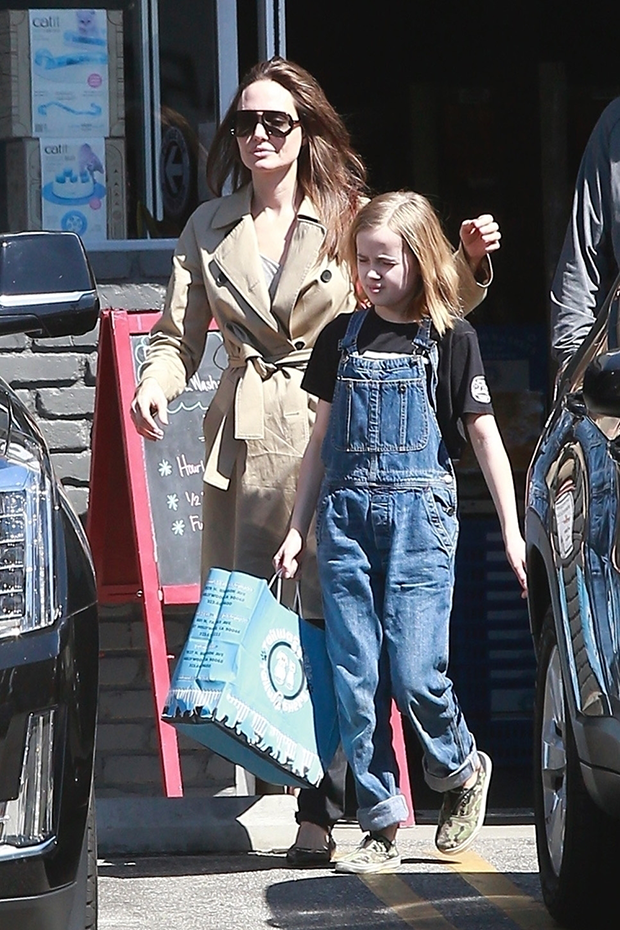 “She loves having a great time with her kids and being out and she will continue to do it because it is only natural for her to do,” a source close to the star EXCLUSIVELY told HollywoodLife.com. Angelina loves her kids and loves taking them to a variety of events like movie screenings and gallery openings. “Why [shouldn’t she] enjoy the perks that her life presents her?” the source adds.