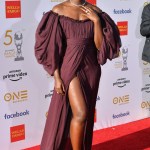 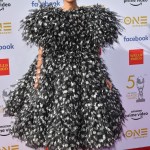 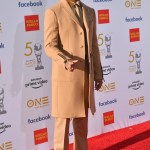 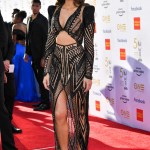 The 50th NAACP Image Awards are underway & so many celebs stunned with their flawless fashion on the red carpet!

It’s one of entertainment’s biggest nights! The NAACP Image Awards officially started at 9pm Eastern (you can tune into the ceremony on TV One), televised live from the Dolby Theater in Hollywood. But before the ceremony, so many celebrities and nominees showed up dressed to the nines. One of our favorite looks of the evening belonged to Lupita Nyong’o, who slayed in a purple dress with a thigh-high slit. Meanwhile, Issa Rae looked stunning, while wearing a chic yellow dress with a black belt, which she accessorized with earrings and an ‘Aurora’ clutch in gold from the L’AFSHAR Collection. Also stunning on the red carpet was Kate Beckinsale. Wearing a black, fully embroidered dress with geometric sheer panels and structured shoulder by Julien MacDonald, Kate looked ultra glamorous. In addition to all of tonight’s nominees, there are some pretty huge names presenting, including Viola Davis, John Legend, Issa, Lupita, Danai Gurira, Van Jones, Kerry Washington, Lena Waithe and Trevor Noah.

The night’s top honor at the ceremony will go to Jay-Z, who is set to receive the President’s Award. “The President’s Award is an honor we carefully bestow upon an individual, maintaining its significance and commitment to recognizing excellence in service that directly affects our community,” Derrick Johnson, President of the NAACP, said in a statement.

“Shawn Carter has been committed to shedding light on the issues that plague the black community including systematic racism and unjust treatment under the law, utilizing his global platform to create everlasting change,” Johnson went on to say. “There is no better time than now, as we celebrate our 50th year, to honor him with this award.”

In addition to Jay-Z, Congresswoman Maxine Waters will be presented with the NAACP Chairman’s Award and radio legend Tom Joyner will take home the Vanguard Award. Meanwhile, Jussie Smollett failed to show up to the NAACP Image Awards dinner on Mar. 29, where he also lost in the category he was nominated in: Outstanding Supporting Actor in a Drama Series.