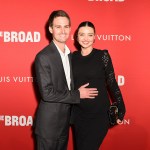 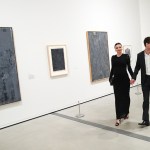 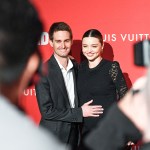 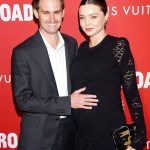 Miranda Kerr & Evan Spiegel are ‘looking forward to welcoming the newest member to their family!’

Miranda Kerr, 35, and her husband, Snapchat CEO Evan Spiegel, 28, are expecting again! The model is officially pregnant with her third child, and her second with Spiegel. “Miranda, Evan, Flynn and Hart are looking forward to welcoming the newest member to their family,” Miranda’s rep told the Daily Mail. Miranda and Evan share a son Hart Spiegel, 10 months, while she and her ex Orlando Bloom, 42, also share a son Flynn Christopher, 8,

We reported earlier how after news of Orlando and Katy Perry‘s engagement, Miranda was happy for her ex. “Miranda Kerr is very happy for her ex-husband Orlando Bloom,” our source said. “She and Orlando have a child together and she will always care about Orlando because of that and wants him to be happy and she sees how much love Katy has for their son Flynn and Orlando and Evan get along fine too. They all do, which is really nice.”

Kerr’s newly announced pregnancy comes just over 10 months after she gave birth to Hart. Miranda’s doctors reportedly delivered her second child (and her first with Evan) at Cedars-Sinai Medical Center in L.A. around 11:50 PM on Monday, May 7, 2018. A year prior, Miranda and Evan married on May 27, 2017 in an intimate ceremony in the backyard of their Brentwood home. On top of that, Miranda collaborated with Dior’s Maria Grazia Chiuri on her gorgeous wedding dress. “I think it’s every girl’s dream to have Dior design her wedding dress,” Miranda told Vogue. “I thought, ‘If she’s up for it, I’m up for it.’” “Honestly, I couldn’t have imagined a more beautiful wedding dress,” she went on to say in the interview, which was just days after she returned from her honeymoon.