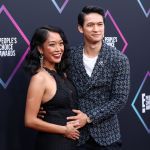 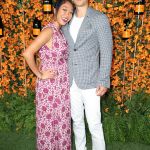 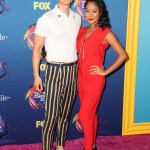 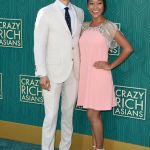 We hope Harry Shum’s prepared for the biggest role of his career — fatherhood! The ‘Crazy Rich Asians’ and ‘Shadowhunters’ star just welcomed his first baby with his wife.

Shelby looked absolutely stunning every time she stepped out with her budding belly and pregnancy glow over the last several months. Who could forget when she hit the People’s Choice Awards red carpet just one day after announcing that she and Harry were expecting? With a tight black dress that showed off her pregnancy curves, plus a huge smile on her face, Shelby looked extra stunning! And don’t even get us started on her announcement with Harry! The perfect pair took to Instagram to tell fans that they were expecting, posting caption-less pictures at the same time. Even though they didn’t say that they had a baby on the way, the way the Shadowhunters star had his hands cradling his wife’s belly made that super clear. Fans freaked and have been anxiously awaiting the birth of their little one ever since.

Just like that, the moment is finally here! Following along with their pregnancy journey may have been fun, but this is next level. While we don’t know much about their little one yet, it’s no secret that the bundle of joy has some seriously talented parents. Not only is Harry a beloved Shadowhunters cast member, but he had a role on the smash hit Crazy Rich Asians as well. His wife, who acts and dances, has had a part in iconic projects like 17 Again and Dance Flick.

So here’s to this talented couple and their growing family! We cannot say congrats enough, and of course, we can’t wait to see a full photo of baby Xia!