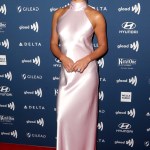 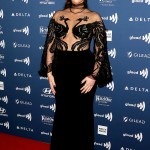 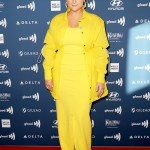 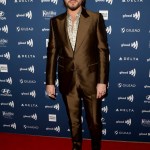 Beyoncé and Jay-Z not only stunned on the 2019 GLAAD Media Awards red carpet, but they also inspired with their heartwarming speech while accepting the Vanguard Award.

Married power couple Beyoncé, 37, and Jay-Z, 49, didn’t just attend the 2019 GLAAD Media Awards – they spoke at the event as well. The stunning couple, who has supported the queer community for years, was honored at the award show for their love to LGBTQ+ folks. The married duo accepted the Vanguard Award, and Bey even had to fight back tears as she paid tribute to “the most fabulous gay man” she ever knew: Her late Uncle Johnny. “[He] helped raise me and my sister,” Beyonce said. “He lived his truth. He was brave and unapologetic during a time when this country wasn’t as accepting. Witnessing his battle with HIV was one of the most painful experiences I’ve ever lived. I’m hopeful that his struggle served to open pathways for other people to live more freely. LGBTQ rights are rights — human rights.”

As Bey spoke, Jay comforted her by rubbing her back, and she made sure to give him a special shoutout during the end of the pair’s time onstage. “I just want to say to you, Jay, that i’m so proud of you for making incredible strides toward changing stigmas in the hip-hop community,” she gushed. “It’s a privilege to watch you take those steps and to stand right next to you. We’re super grateful and honored.” Meanwhile, Jay took a moment to honor his mother, who came out publicly as gay less than two years ago.

GLAAD announced on its site on March 11 that Beyoncé and Jay-Z would be recipients for the Vanguard Award together, due to their combined allyship to the LGBTQ+ community. “Beyoncé and JAY-Z will receive GLAAD’s Vanguard Award, which is presented to allies who have made a significant difference in promoting acceptance of LGBTQ people,” the statement said. “Beyoncé and JAY-Z are longtime allies and supporters of the LGBTQ community who use their global platforms to share messages that inspire and change the world for the better.”

Just one year ago, Jay-Z was honored by GLAAD with the Special Recognition Award for his song and video for “Smile.” Jay-Z’s mom, Gloria Carter, came out in the song, with some of the lyrics including, “Mama had four kids, but she’s a lesbian” and “Cried tears of joy when you fell in love/Don’t matter to me if it’s a him or her/I just wanna see you smile through all the hate.”

GLAAD President and CEO Sarah Kate Ellis recognized the power and influence that the couple has, and how important it is that they use that to stand for the LGBTQ+ community. “Beyoncé and Jay-Z are global icons and passionate defenders of human rights and acceptance for all people,” Sarah said. “When Beyoncé and Jay-Z speak, the world becomes inspired and when it comes to LGBTQ people, their voices of acceptance have been heard loud and clear. We could not be prouder to stand with them to send a message of love during the biggest LGBTQ event in the world and to honor their work to bend the arc of justice forward for LGBTQ people, people of color, and marginalized communities everywhere.”

Congratulations to Bey and Jay on their award and recognition, and we look forward to seeing them continue to fight for the queer community in the future.