It’s a sight that’s becoming commonplace on the streets of Los Angeles: Ben Affleck, 46, being an awesome dad by spending time with his kids. He and Jennifer Garner, 46, continue to show how two exes can continue to co-parent successfully, as seen on March 28. While the family’s nanny took the eldest daughter, Violet, 13, Ben decided to walk his youngest kids home. Ben, Samuel, 7, and Seraphina, 10, all took a stroll on the streets of LA, and the three looked like they were enjoying the early Spring weather. The young Seraphina looked exceptionally cute in her school uniform.

The odds are, if someone is walking along the streets of LA, they’ll run into Ben, Jen, and the kids. Ben was spotted walking Samuel and Seraphina home from school on March 21, two days after he and Jen went for a stroll with their family. On March 22, Ben and Jen were all smiles after they attended a meeting in Los Angeles as if they hadn’t a care in the world. From how these two have acted recently, it’s easy to forget they finalized their divorce in October 2018, after splitting up two years earlier in 2015.

“[When] somebody’s the mother of your kids, they’re going to be the most important, central person in your life, and that’s good,” Ben said during a March 4 appearance on the Today show. “I hope I’m a pretty good dad. I certainly try very hard. I’m lucky they’ve got a great mom, and she helps out a great deal with making sure that we co-parent in as good a way as possible.” 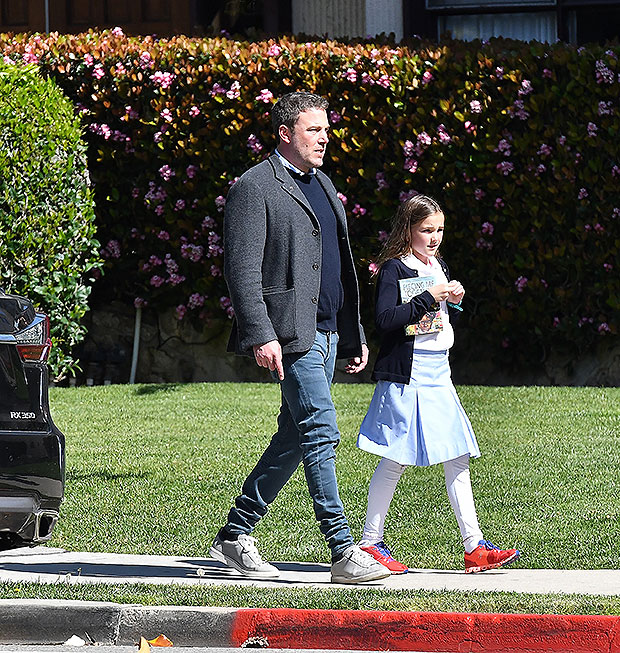 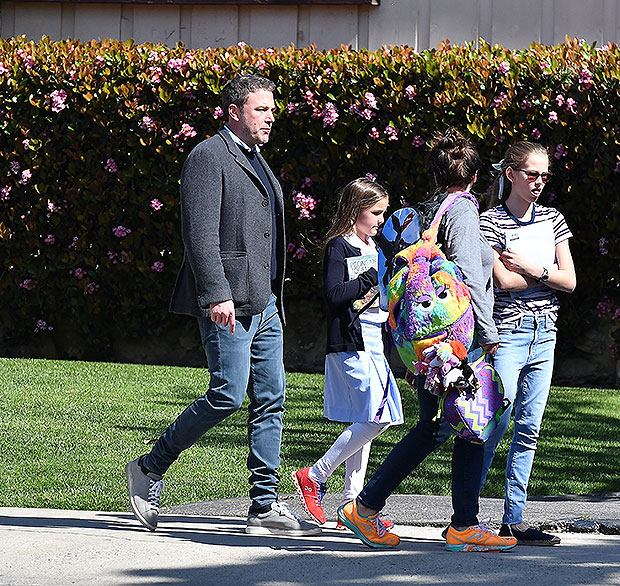 What would be cooler than bumping into Ben Affleck and his family while on the streets of LA? Seeing the Justice League star in the dugout at a kids’ little league game. Ben revealed on a March 14 episode of The Ellen DeGeneres Show that he’s coaching Sam’s baseball team and it’s a lot of fun. “I do have to wear a [Los Angeles] Dodgers hat because that is the team,” the die-hard Boston Red Sox fans said. “But you know, it’s one of those things you love it so much,” he continued. “It’s the dad dream to be the coach of your son or your daughter and their Little League team. It’s very exciting.”