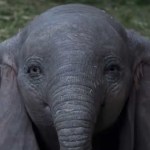 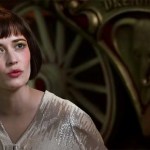 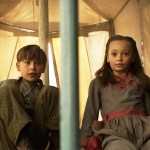 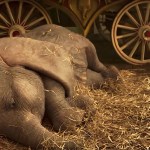 Tim Burton revives a classic Disney tale in the live-action ‘Dumbo.’ Michael Keaton and Danny DeVito reunite in a magical movie that’s perfect for anyone and everyone who wants to get wrapped up in a world of wonder.

Everyone knows that Tim Burton can create a magical world. There’s no doubt about it, and the famed director invites us all into the world of Dumbo for a heartfelt retelling of the tale about the one and only flying elephant, Dumbo. The story opens in 1919 with Max Medici’s struggling circus. Holt Farrier returns from war to take care of his two kids after the sudden death of his wife. When a newborn elephant with cute oversized ears is born, Holt is assigned to take care of him and get him ready for the circus. Holt’s children, Milly and Joe, soon discover that Dumbo can fly, which kickstarts a profound journey of hope and wonder. However, when Dumbo is separated from his mother and a popular entrepreneur named V. A. Vandevere persuades Medici and his circus to come to his Dreamland, the curtain is peeled back on this seemingly perfect world.

Tim transports us back to a time without television, social media, and other methods that capture our attention today. The live-action remake definitely has that signature Tim Burton look and feel that’s both familiar but fresh. The special effects are outstanding. Even though we’ve all seen Dumbo fly in the original 1941 animated movie, the live-action remake will still captivate you when you see the little guy fly again for the first time. Dumbo shows that technology can be seriously overrated.

Michael Keaton and Danny DeVito reunite onscreen for the first time in 27 years for Dumbo. They last starred as Batman and Penguin in the 1992 superhero flick Batman Returns. It’s a real treat to see them share the screen again, this time with their roles reversed. Michael’s extravagant, over-the-top performance as Vandevere is deliciously wicked. Danny is perfect as the lovable circus owner. Colin Farrell is also solid as Holt, and Eva Green dazzles as Colette, a French trapeze artist at Dreamland. Nico Parker, who is Westworld star Thandie Newton’s daughter, and Finley Hobbins are both adorable as Milly and Joe. But the real star of the show is Dumbo, who proves he’s more than ready for this encore. Dumbo will fly into theaters everywhere on March 29.