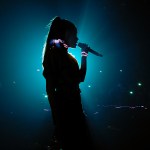 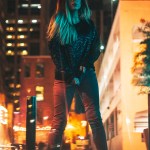 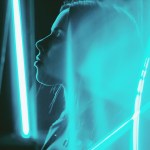 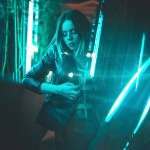 Drew Ryn wowed the ‘X Factor’ judges with her stunning cover tracks, and only continues to impress with her original music. Her latest, ‘Problems,’ is about the all too familiar experience of an unreciprocated romance & HL has the EXCLUSIVE premiere.

Fans may remember Drew Ryn, full name, Drew Ryniewicz, from her time slaying the X Factor stage, but the singer’s latest track is a dreamy ballad that will transport you to a whole new place. The singer truly comes into her own as an artist with the sparkling new song, and if you find it instantly relatable, well – that was exactly what Drew was aiming for. “I think most of us know the feeling of totally crushing on someone who’s not on the same wavelength at all” she tells HollywoodLife of the track. “‘Problems’ is a lighthearted way of saying ‘you don’t want me, and you kinda suck, but I still want you,” the 22-year-old singer adds.

Drew goes on to reveal that she pulled from her own life experiences when penning the track. “I was determined to write a song that shared part of my story while still holding true to myself musically. I wrote the song in a time when I was reflecting on the fact that I was always chasing after people who didn’t want it as badly as I did,” she explains. “I am relentless when it comes to chasing after what I want. Hopefully that rubs off more and more on my career like it’s been, and never again on my personal life. I guess you can call that my New Years resolution? Is it still a thing to have a New Year resolution three months into the New Year,” she jokes.

While Drew is thrilled to release her new track, she’s also ready for everything else the year ahead holds. “I have more music dropping and will be touring the country,” she excitedly says. “I have several upcoming releases, including my own, and releases with some major DJs. I’m excited to announce a collab with Blasterjaxx on their upcoming album! They are two of the most talented DJs in the industry and I’m honored to work with them. I also have multiple tours lined up, including 18 cities this summer with the Boys of Summer Tour. I can’t wait to meet thousands of new people and share my music with them!”

Be sure to take a listen to Drew’s stunning new track above, and catch her on the road this summer on the Boys of Summer Tour. Tickets are available now!