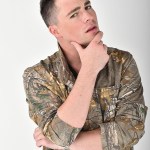 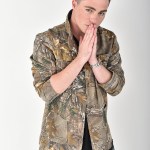 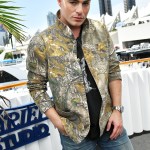 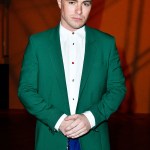 Colton Haynes is speaking out for the first time about a drug and alcohol addiction that led to a ‘5150 psyche hold,’ in a new interview. Now 6 months sober, the actor admits his ‘downward spiral’ started when he came out as gay in 2016.

Colton Haynes, 30, reveals he struggled with drug and alcohol addiction for years in a bombshell interview with Attitude Magazine. For the first time, the actor reveals he was on a “downward spiral” after hiding his sexuality, battling anxiety, coping with the loss of his mother and dealing with the aftermath of his divorce. But, there is a happy ending to the story. Haynes eventually sought help, and told the mag he is now six months sober after completing a four-month treatment program.

“In 10 years, there were maybe 25 days I didn’t drink,” Haynes admitted in the magazine’s 25th anniversary issue, published on Thursday, March 28. “I remember when I started, it was a couple glasses of wine, and it regressed into really dark times. I used to blame it on my anxiety or depression issues, but really the root of all my problems was the alcohol and drugs.”

Haynes said his “downward spiral” started when he came out as gay in 2016. “I felt extremely free but at the same time the amount of attention I was getting was making me spin out of control.” Amidst all of that, the actor had a tough road ahead. In March 2018, Haynes’ mother died after suffering advanced cirrhosis of the liver and kidney failure. Then, in May 2018, he filed for divorce from his husband of just six months, Jeff Leatham, a well known florist and writer. The combination of his newfound attention from his sexuality, paired with the loss of his mother and his divorce put Haynes in a dark place.

“I got married and that didn’t work out. That was extremely public and heart-breaking, and right when that was going on, my mom died,” he said. “At that point, I fell apart. My brain broke. I was doing a massive comedy for a studio, showed up to work and got fired on the first day. They said I looked as if I had ‘dead in my eyes’, and I did.“ — That’s when he began to lean on drugs and alcohol heavier than ever.

“I got so heavily involved with drugs and alcohol to mask the amount of pain I was feeling that I couldn’t even make some decisions for myself. I was drowning in my own s—t,” Haynes recalled. He finally hit a breaking point when he woke up in a Los Angeles hotel after a seven-day bender.

“I locked myself in a hotel room at the Waldorf Astoria in Beverly Hills for seven days and was found in my room with these insane bruises all over my body,” he revealed. “It looked as if somebody had beaten the shit out of me. I couldn’t walk, so I was falling everywhere.”

Haynes continued: “I almost ruptured my kidney, ended up in the hospital, ended up in 5150 psyche hold,” he said. “I was on such a destructive path that I could not function. I lost partial sight in my left eye for a while. I ended up having two seizures. I didn’t know any of this was happening until I was sober enough to remember it.”

While the incident was tough enough, Haynes admitted that it was the “rude awakening” he needed, which forced him to finally seek help. “If anyone else had told me to get help I would be like ‘F—k you!’. I had to make that decision on my own,” he said, adding, “I was ready to stop running from my own problems. Once I went to treatment, I found this amazing amount of true love for myself, and started figuring out who I am without those vices, and recognizing the people in my life who lifted me up instead of tearing me down.”

Haynes is now six months sober, and he wants to help end the stigma around addiction so others will feel inclined to speak out about their own struggles. “I’m always going to be in recovery,” he said. “There are so many people struggling out there, but not a lot of them talk about it. Life is much more beautiful than I could have imagined. It’s just a different life now. It’s the best gift I’ve ever been given.”