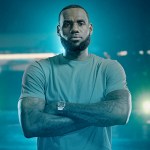 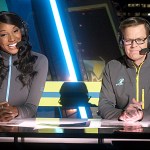 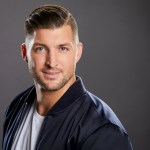 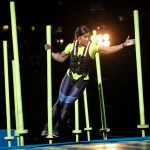 The new CBS series ‘Million Dollar Mile’ from NBA star LeBron James premieres March 27. This competition show is going to be your next TV obsession. The cast of ‘Defenders’ have been revealed ahead of the premiere.

Million Dollar Mile premieres March 27 at 9 p.m. on CBS. The show, hosted by former NFL quarterback and current professional baseball player Tim Tebow, is executive produced by LeBron James, Maverick Carter, Allison Grodner, and Rich Meehan. Matt “Money” Smith, the voice of the L.A. Chargers play-by-play, and Maria Taylor, a host and reporter for ESPN, will serve as commentators on the 10-episode series.

The contestants of Million Dollar Mile have the chance to win $1,000,000 every time they run the Million Dollar Mile. But they have to face the most challenging course ever designed and a group of elite athletes called Defenders who have one mission — stop the contestants from winning the money at all costs. Prior to the premiere, the cast of Defenders were revealed.

Emma Chapman, 30, a.k.a. “The Mighty Kiwi.” Emma is the reigning Tough Mudder X World Champion and a former member of the New Zealand Women’s soccer national team. She has just qualified on a team for the 2019 CrossFit Games. Mixing uncanny power with speed and endurance, she is a dominant figure in the CrossFit community.

Max Fennell, 31, a.k.a “The Machine.” Max is the first African American professional triathlete, earning his pro card in 2014. The former college soccer star has competed in 54 triathlons and dominates his competition in cycling, swimming and running.

Rebecca Hammond, 26, a.k.a. “The Harvard Hammer.” With brains and brawn, Rebecca is currently a fourth-year Harvard medical student and NCAA 1500 meter Track All American. This OCR prodigy recently took second place at both the Spartan American Championship and Spartan World Championships.

Veejay Jones, 20, a.k.a. “The Prodigy.” Since 2015, Veejay has held the record as the youngest Spartan Race winner in history. This powerhouse, whose six-times-a-week workouts consist of running mountains, weight training, and bouldering, can run a sub-five-minute mile and deadlift twice his body weight. He is currently the American OCR 3k Short Course Champion.

Robert Killian, 37, a.k.a. “The Captain.” Robert is a Green Beret with 13 years of Active-Duty service and currently serves in the California National Guard. He earned the title of “Army Athlete of the Year” in 2010 for winning the military division of the Kona Ironman World Championships. Robert has competed in Ironman triathlons, marathons, winter biathlons, international orienteering, and was part of the 2016 history-making Best Ranger Competition winning team. He holds the record for the most podium finishes in the Spartan Race World Championships.

Hunter McIntyre, 29, a.k.a. “The Sheriff.” Malibu Pro Athlete and model Hunter McIntyre is one of the most dominant athletes in the sport of OCR. He is the reigning Tough Mudder X World Champion (2017 and 2018), holds six world OCR titles and is one of the highest paid obstacle course racers in the world.

Erik Mukhametshin, 28, a.k.a. “The Beast from the East.” Considered one of Russia’s leading stuntmen, Erik is one of the world’s most renowned free runners. He is celebrated as the Guinness World Record holder for both the furthest and highest wall flips and has podiumed at every event he has competed in since 2017.

Isaiah Vidal, 25, a.k.a. “The Destroyer.” Isaiah is the most decorated OCR athlete in the world, celebrating the most wins in the history of the sport. He has competed in over 150 races, stood on the podium more than 80 times and holds the title of the youngest competitor ever to be a two-time finisher of the Spartan Death Race. He gained national attention in 2013 when he rode his bike from Austin, Texas to Killington, Vermont to compete in the Spartan World Championship. There, he placed top 10 in the world, and the next day, placed sixth in an Ultra Beast competition.

Orla Walsh, 32, a.k.a. “The Vermaniac.” A Vermont native and self-proclaimed “rough chick,” Orla’s speed, strength, and endurance helped earn her the childhood nickname “The Vermaniac” for devouring her competitors. The Spartan Pro and CrossFit enthusiast is also a real-life hero who saves lives and helps others as a flight nurse.