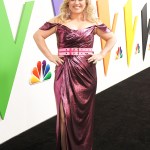 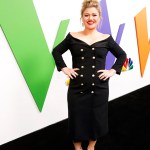 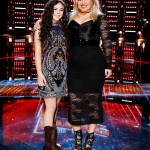 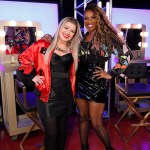 Kelly Clarkson is just one of the superstar musicians featured on the ‘Ugly Dolls’ soundtrack & she didn’t disappoint with ‘Broken & Beautiful,’ a soaring song that will leave you feeling empowered.

It’s a good day to be a Kelly Clarkson fan. The 36-year-old songstress unveiled a new song, “Broken & Beautiful,” on March 27, and it will instantly lift your spirits. There’s no doubt that Kelly is a forced to be reckoned with, and in the tracks lyrics she spells it out for those who need a reminder.  “I know I’m superwoman, I know I’m strong//I know I’ve got this, Cause I’ve had it all along//I’m phenomenal, I’m enough//I don’t need you to tell me who to be,” she belts out in the lyrics. The empowering anthem is set to be featured on the new Ugly Dolls movie soundtrack, and fans are so excited over both the song and the film!

Fans instantly took to Twitter to rave over the track. “NEW. KELLY. CLARKSON. SONG.  🙌 🙌 🙌 🙌 🙌 🙌 SO EXCITED FOR UGLY DOLLS!!!!!!” one excited fan said.”One of my faves!!” another wrote. “Love,love ur new song, & i cn’t wait to see ur movie,” a third fan added. The track touched the hearts of fans of all ages. “Is it crazy that I’m an adult and relate so much to this song? I love it!! #BrokenAndBeautiful” one fan tweet read. Everyone seemed to be in agreement about how powerful the track was. “I am calling it…the next empowerment power anthem goes to Kelly Clarkson! #brokenandbeautiful,” one person proclaimed.

While Kelly lent her gorgeous vocals to the song, the lyrics were actually written by fellow hit-maker Pink. The two ladies weren’t the only stars to help out with the soundtrack. The film will also feature original music from, Nick Jonas, Blake Shelton, Janelle Monáe, Bebe Rexha, Pentatonix, Anitta, and boy band Why Don’t We. The forthcoming flick is set to be released on May 3, 2019. Before then, fans can catch Kelly in action when she performs at the 2019 ACM Awards alongside country music’s hottest duo, Dan + Shay.