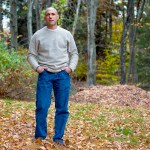 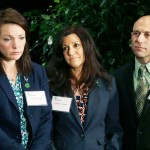 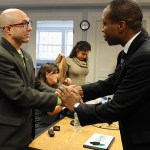 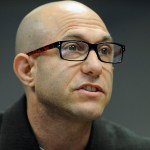 After two Parkland shooting survivors took their own lives, Jeremy Richman – the father of a 6-year-old girl killed in the Sandy Hook massacre – was found dead from an apparent suicide. Here’s what we know about him.

Jeremy Richman, 49, father to one of the 20 children killed in the 2012 Sandy Hook Elementary shooting, was found dead outside Edmond Town Hall at 7 am ET on March 25, per the New York Post. “Police with the State of Connecticut Medical Examiner’s Office are investigating the cause of death. The death appears to be a suicide, but police will not disclose the method or any other details of the death, only to state the death does not to appear to be suspicious,” the Newtown Police Department said on its official Facebook page.

“This is a heartbreaking event for the Richman family and the Newtown Community as a whole, the police department’s prayers are with the Richman family right now, and we ask that the family be given privacy in this most difficult time,” Lt. Aaron Bahamonde said in the post. Jeremy’s death comes after two Parkland survivors committed suicide. As the world mourns this loss, here’s what you need to know about Jeremy.

1. His daughter was killed in the shooting. Jeremy and Jennifer Hensel’s daughter, 6-year-old Avielle Richman, was shot in her first-grade classroom during the Dec. 14, 2012 massacre in Newtown, Connecticut. It was a loss he struggled with ever since. “It was like a ghost limb syndrome, you know, where you keep thinking ‘Where’s Avielle? Do we need to pick her up?'” he told NPR in 2017. “And every day you’d have this [realization] that I don’t have a child, and I don’t have to parent. That was just brutal.”

3. He fought for stricter gun control…“Right after Newtown we had the Boston bombings, and then we’ve had Charleston, Orlando and over a hundred school shootings, some of which make the national news and some don’t,” he told the Rochester Democrat and Chronicle (h/t Daily Beast). “Every time this happens it breaks a heart and it chokes us up. To be honest, though, now it comes with a fair degree of frustration and anger because things aren’t changing fast enough. I really get sick of ‘thoughts and prayers,’ and ‘our hearts go out.’ That’s not going to change anything. What I need to hear is: ‘My heart is broken, and my boots are on the ground to fix it.'”

4. …but he also saw gun violence as a public health epidemic. As a neuroscientist who also lectured at Yale, Jeremy saw gun violence as a result of an illness in the brain. “”It’s just another organ that can be healthy or unhealthy, just like heart disease, or cancer or diabetes,” he tells the crowd. “We need to recognize that [the aberrant violent behavior is caused by the brain’s] chemistry and structure, not character flaws.”

After Newtown, the parents founded The Avielle Foundation, which supports research into the “neurological underpinnings of violence.”

5. He was one of the parents who sued Alex Jones. Families of four children and two educators killed in the shooting sued InfoWars host and conspiracy theorists Alex Jones for defamation, accusing him of perpetuating, per Daily Beast, a “monstrous, unspeakable lie: that the Sandy Hook shooting was staged and that the families who lost loved ones that day are actors who faked their relatives’ deaths.” Jeremy and Jennifer were one of the parents suing Alex.