Is that you, Kim Zolciak!? The Bravo star appeared on ‘WWHL’ on March 24, and she looked quite different with dark brown hair.

Kim Zolciak is a big fan of wigs, and she was rockin’ one of her boldest yet during an appearance on Watch What Happens Live with Andy Cohen on March 24. Kim ditched her platinum blonde locks in favor of a dark brown wig for the interview, and she looked pretty unrecognizable. The wig was styled in loose curls and fell all the way down past Kim’s chest, with a part right down the middle. The hot mama rocked a strapless pink dress, which showed off ample cleavage, and her plump lips were on full display as she dished on parenting and more with Andy Cohen.

During the interview, Kim defended herself against haters who’ve criticized the way she parents her six kids. She admitted she doesn’t read the negative comments about her parenting, and was confident in how she is as a mother. “I feel like I’m a really good mom,” Kim said. “We all make mistakes and learn as we go, but I’m very proud of all of my children. I think I’m a really good mom and no one can really take that.” In recent years, Kim has been highly criticized for letting her daughter, Brielle Biermann, 22, get lip injections, with many also accusing the 22-year-old of getting plastic surgery, which Brielle has denied.

However, Brielle has said that she may get plastic surgery in the future, and Kim has been supportive of that. “I tell my kids, after you have kid s and all that stuff, you deserve that, and you do that for yourself if that’s what makes you happy,” Kim recently told HollywoodLife EXCLUSIVELY. “I feel like both my girls [Brielle and Ariana] are very confident in their skin at this time. With her lips, I wasn’t happy about it, but when she turned 18, I had no control over it. So I had two options — either I tell her to go figure it out on her own, or I take her to the best place, and that’s what I did.” 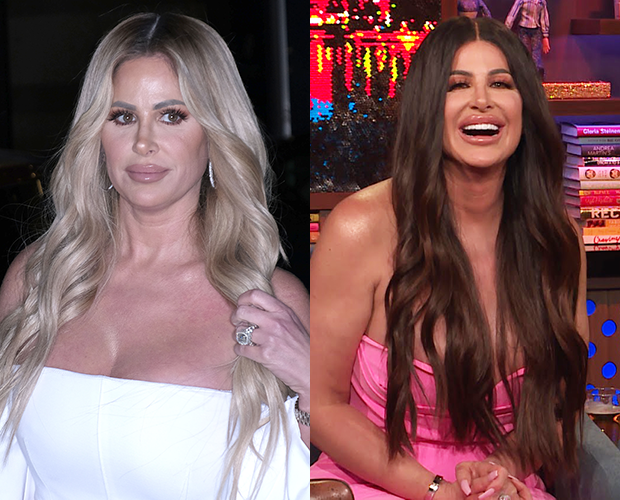 The seventh season of Kim’s show, Don’t Be Tardy, is currently airing on Bravo on Friday nights. Brielle often appears on the show, as well.