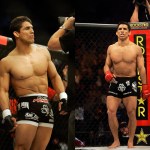 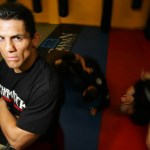 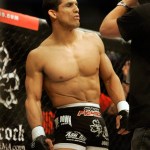 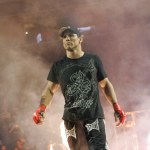 Frank Shamrock, a UFC fighter who admitted to leaving his mother’s dog at a Dallas airport garage for four days, may be charged with animal cruelty for his actions. Here are five things to know about him.

Ultimate Fighting Championship (UFC) fighter Frank Shamrock, 46, made headlines on Mar. 22, when officials found out he left a dog tied to the bed of a pickup truck in a Dallas, TX airport garage before taking a flight to San Jose, CA and leaving it behind for multiple days. The female dog named Zelda, a seven-year-old Labrador mix, was reported to Dallas Animal Services (DAS) by a traveling witness who first saw her in the Love Field Airport parking garage on Mar. 4, when they were leaving for a trip, and noticed she was still there two days later, when they returned, according to People.

After an investigation into the situation, the Dallas Police Department (DPD), concluded that Shamrock left Zelda there on Mar. 2, four days before she was rescued. Shamrock, who admitted to leaving the dog behind, is expected to be charged with Cruelty to Non-Livestock Animals for “abandoning an animal without making reasonable arrangements for assumption of custody by another person,” a Class A Misdemeanor, the DPD told People. Zelda is now in the care of SPCA of Texas’ Russell E. Dealey Animal Rescue Center and will stay there until she finds another loving home. Here are five things you should know about Shamrock and the shocking situation.

1.) Shamrock is a four-time undefeated UFC Middleweight Champion. Although he is now retired, he was the first fighter to hold the championship, which is now renamed to the UFC Light Heavyweight Championship, and was the top UFC fighter in the world during his multiple wins. He also won many other titles in martial arts events, including the interim King of Pancrase title, WEC Light Heavyweight Championship, and the Strikeforce Middleweight Championship. As of Mar. 2019, he is the only athlete in history to hold titles in every major sports league. His tremendous success led him to being named “Fighter of the Decade” by the Wrestling Observer in the 1990s, “Best Full Contact Fighter” by Black Belt magazine in 1998, and “Fighter of the Year” three times by Full Contact Fighter magazine.

2.) Shamrock, whose birth name is Frank Juarez, was born into a Mexican-Native family but was later adopted. After going through multiple foster homes, group homes and crisis centers, and having multiple run-ins with the law from the age of 12 and on, he went to live with Bob and Dede Shamrock, a couple in Susanville, CA, who took in troubled boys. They also took in his older foster brother, Ken, and he was officially adopted at the age of 21.

3.) Although he had the dog at the time of the incident, Shamrock claimed it was his mother’s and he was trying to get someone to take her before leaving for his trip. In a post to Facebook, he shared two photos of Zelda with a caption asking for help. “Please help! Anyone [in] Dallas, Texas that can help with this dog. Can anyone take a dog today in Dallas Texas? My mom has to give her dogs away as she can’t care for them anymore. We will be at Dallas Love Field Airport by 4pm and flights at 5pm,” the first part of his caption read.

“Dog lovers please help Zelda is a great guard dog and she has protected my mom for years,” he continued. “I have called every shelter and no kill pet center within 200 miles. Now I have to fly home and need some help.”

Shamrock spoke out about the incident in an interview with WFAA-TVon Mar. 21, and claimed he was in Dallas to help his ailing mother move and only left the dog because he couldn’t find anyone to take her. “They can charge me with whatever. I will show up,” he told the outlet. “It is what it is. I’m not hiding in any way. It’s an unfortunate and terrible thing. I’m an animal lover and I ran away crying. … It’s an old dog — no one wants a 6 1/2, 7-year-old dog with a goofy hip.”

4.) Shamrock is married and has two kids. His son, Frankie, is from a previous marriage and his 10-year-old daughter, Nicolette, is from his marriage with his wife, Amy.

5.) Despite the DPD’s plans to charge him, Shamrock took to Instagram to reveal he is not being investigated. “This is #fakenews. @abcnews Edited to create a story. Very sad. Rebecca Lopez you should be ashamed of yourself, I am not being investigated and only took the call to help bring #awareness to #animalcruelty and #elderabuse. Funny how you don’t report the All the facts – just the names that create headlines. #sharelovenothate #checkfacts#speakthetruth 👎🏽,” he posted along with a screenshot of an ABC News article that claimed he was being investigated after he spoke to WFAA-TV.

As of Mar. 23, no charges against Shamrock have been placed, but we’ll be updating if any new information comes out.