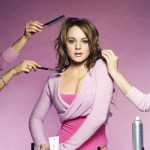 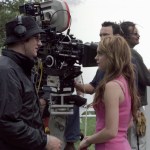 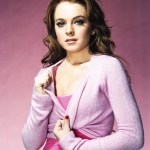 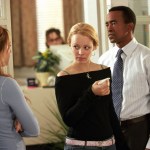 That’s so fetch! There’s a new Gretchen Weiners on the Great White Way. HL sat down & chatted with her EXCLUSIVELY on how she prepared to be an official member of the plastics!

Krystina Alabado just landed the role of a lifetime as the legendary Gretchen Weiners in the Broadway rendition of Tina Fey‘s hit movie Mean Girls, but just how big of a fan was she before signing on officially? “The movie has been iconic to me my entire teenage and adult life,” Krystina told HollywoodLife EXCLUSIVELY. “I watched it on repeat throughout high school and honestly could recite a lot of it by memory. I definitely had a shirt that said “you can’t sit with us.”

Naturally, landing the role was very exciting for the young actress who has starred in musicals like American Idiot and American Psycho on Broadway already, but the audition process itself was also exciting for Krystina, who tried out right away in front of a very familiar face! “Tina (Fey), who I’ve looked up to as an actor my entire life, was in the room so that was a very cool moment for me, as was being in the room with that entire legendary team,” Krystina told us of her audition process. “It’s moments like those that feel like a gift, to be able to be with creators and artists like that, even just to audition. They (director Casey Nicholaw and music director Mary-Mitchell Campbell) made me feel so welcome and comfortable.”

Luckily for Krystina, she was able to get a few pointers from someone who was a little familiar with playing the part. She got to meet the OG Gretchen herself, Lacey Chabert, shortly before starting the gig. “Lacey came to the show my second week of rehearsals, and she was lovely,” Krystina said of meeting one of the original film’s stars. “She loved the show and was so excited for me to be the next Gretchen. It was really, really special to get to meet her before I started, and she legit could not have been sweeter!”

We cannot wait to see Krystina wear pink on Wednesdays (and every other day she performs!) on Broadway as her year-long run has already begun in the show at the August Wilson Theater now!