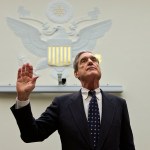 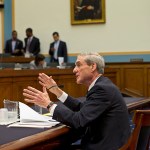 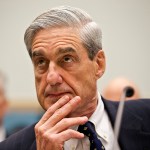 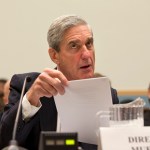 Fans of politics are comparing the importance of Bob Mueller finally finishing his Russian meddling probe to Beyonce dropping a surprise album. We’ve got the wild memes about it.

Now that Special Counsel Robert Mueller has finally completed his long-awaited probe into Russian interference in the 2016 presidential election, political watchers are waiting with excitement to find out it’s contents the way music fans wait for new Beyoncé music. So much so that the Twitter blew up with memes comparing the end of his two-year investigation to the intensity of when Beyoncé drops a surprise album. Mueller, 74, set the world abuzz when he sent the contents of his marathon 675 day probe to U.S. Attorney General William Barr on March 22, with his power move being compared to Bey wielding her baseball bat in the “Hold Up” video.

“For those who don’t follow all of this: Mueller turning in his report is not like Beyoncé dropping an album. It’s like learning that Beyoncé is in the studio. You’re not going to get anything just yet,” one person tried to explain on Twitter as we still don’t know what his investigation concluded as it’s in Barr’s hands. Another wrote, “The Mueller Report dropping like this is the DC equivalent of Beyoncé dropping her surprise album. This is all you’re going to hear for the next several weeks, so buckle up, buttercups.”

“The Mueller investigation is over and I’m ready for info to drop like a Beyoncé visual album,” one fan of both music and politics tweeted. Another wrote that it was a Bey and JAY-Z level baller move on Mueller’s part to do it late in the day on the first Friday of the NCAA basketball tournament. “Honestly a real power move if Mueller drops his report during March Madness. Beyoncé/Jay-Z level stuff,” one wrote joked

“Mueller out here pulling a Beyoncé with the surprise drop!,” one fan tweeted while another wrote “I hope Mueller goes full Beyoncé and drops a second full-length report tonight at like 3am.” Another use echoed the sentiment, writing “I hope Mueller pulls a Beyoncé and just drops the entire report on ITunes at midnight.” It’s not up to Mueller at this point but to AG Barr. Both Democratic and Republican politicians on Capitol Hill have been demanding to see the contents of the report. While Barr is required to share an outline of the findings with party leaders, it will be up to him what exact information in the report will actually make it to the American people. President Donald Trump has called it a “witch hunt” and so far the probe has led to the indictment of 34 people, both Russian and American, including several of Trump’s former top aides.