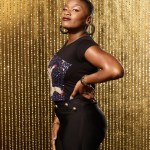 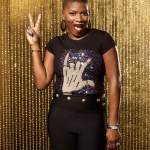 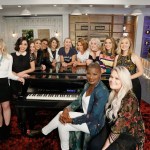 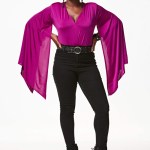 Fans of ‘The Voice’ were stunned to silence after alum Janice Freeman suddenly passed away and we finally know the cause behind the 33-year-old woman’s death.

Janice Freeman died on March 2 from a pulmonary embolism, according to her death certificate obtained by The Blast. The 33-year-old singer – who gained a greater following after appearing on season 13 of The Voice — was also suffering from lupus, something she spoke about having in the past. The inflammatory disease was also listed as a contributing factor in her death. Shortly after her death, her family released a statement that said she died from a blood clot that traveled to her heart after battling an “extreme case of pneumonia,” and it seems this death certificate confirms that.

A pulmonary embolism is “a blockage in one of the pulmonary arteries in your lungs,” according to the Mayo Clinic. In most cases, a pulmonary embolism is “caused by blood clots that travel to the lungs from the legs or, rarely, other parts of the body (deep vein thrombosis).” It is caused when a clump of material, most often a blood clot, “gets wedged into an artery in your lungs.” The portions of the lung served by each blocked artery are thus robbed of blood and may die.

Janice – who also battled meningitis and beaten cervical cancer – was laid to rest on March 18 in a cemetery in Whittier, California on March 18. Miley Cyrus, 26, who was Janice’s mentor on her season of The Voice, attended the service, performing a musical tribute during the memorial. “Before we sing this song for Janice, I want to clear up a rumor. I was never her coach, ever. She was always mine,” Miley said. I’ve learned more from her than anyone that I’ve ever gotten the honor to be in the room with, not just vocally. I should have gotten more lessons than I did, but she taught me everything that I know about love.”

Upon learning of Janice’s death, Miley paid tribute to her friend. While sharing a clip from The Voice in which Janice read a letter that thanked the “Malibu” singer for being her coach during that season, Miley repaid the love and respect. “I made a promise to you here on earth and will keep that promise as you watch from heaven,” Miley wrote. “To take care of your precious little girl, my baby sister. To shine light on your husband and mother when days are dark!”

Pulmonary embolism can be fatal, so if someone is demonstrating the symptoms – shortness of breath, chest pain, and a cough that produces bloody or blood-streaked sputum – seek medical attention immediately.