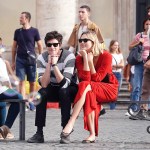 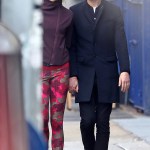 Karlie Kloss, 26, didn’t appear too happy when she and husband Joshua Kushner, 33, were seen on the streets of New York City on March 20. The new Project Runway host was seen sitting inside an SUV with a disinterested look on her face, seemingly ignoring her husband while tapping away on her cell phone. At one point, Joshua looked over to his Victoria’s Secret model of a wife with some noticeable concern, but she didn’t look up from her phone. Considering that all the Kushner family dirty laundry that was aired out in Kushner Inc.: Greed. Ambition. Corruption, the new book written by New York Times best-selling author Vicky Ward, Karlie doesn’t really have a reason to smile.

Kushner, Inc. claims that Joshua and Jared Kushner’s parents – Charlie and Seryl – absolutely hated the fact that Joshua was dating the model. The Kushners, according to Ward’s book, disapproved that their son was seeing a woman who wasn’t Jewish. “For years, people told me, the whole family spoke horribly about Kloss behind her back. A family friend referred to her as ‘the lingerie model,’ ” Ward writes in her book. Josh and Karlie began dating in 2012, according to Marie Claire, and they were married in 2018. For those six years, Karlie was persona non grata, as Ward claims the Kushners “refused to meet her”

Josh’s parents were the only family members who disapproved of his relationship. In 2012, his brother reportedly told an editor at the New York Observer, a paper which Jared owned at the time, that “the family is going to take care of that. We’re not very happy about him dating a ‘shiksa’ [a Yiddish insult for a non-Jewish woman.] We’re hoping he’ll move on… she’s not that smart.” 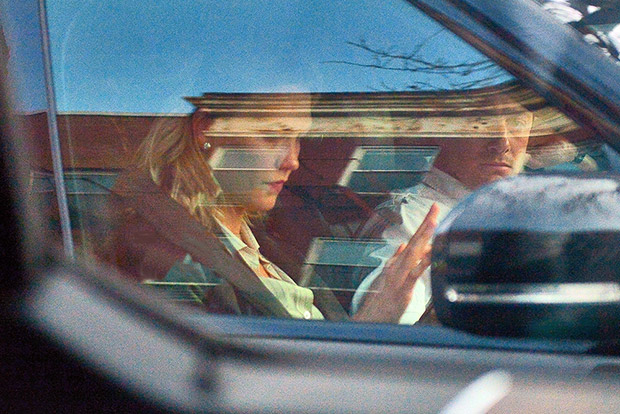 Josh was reportedly banned from bringing Kloss to any family gatherings. Karlie converted to Judaism before she married Josh – similarly to how Ivanka Trump, 37, converted before she married Jared, 38, — and it was then that his parents finally came around to accepting her, though the book reports that Seryl considers Josh’s marriage her “biggest feature.”

Karlie, Ivanka and the Kushner family has addressed the allegations made in Kushner, Inc. Excerpts of Kushner, Inc. were used here with permission from the book’s publisher, St. Martin Press.