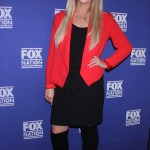 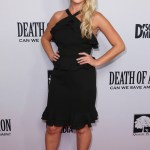 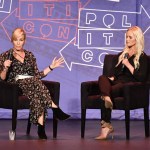 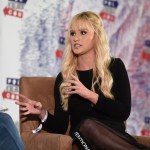 Random feud of the week goes to The Game and Tomi Lahren. The Rapper called her a racist and mocked her looks while the Fox News host called him ‘classless’ and ‘sexist’ in an online battle.

Grab the popcorn because The Game and Tomi Lahren are going toe to toe in an online beef and both held their ground. The 39-year-old Compton rapper came out swinging against the 26-year-old conservative Fox News host, claiming that she’s had tons of plastic surgery to get ahead. In the past Tomi has been critical of Black Lives Matter, called Beyonce “Police Hating” for presenting an award to Colin Kaepernick and highlighted rapper 21 Savage‘s immigration status so naturally she finally showed up on The Game’s radar. He found an old pic of Tomi as a teen, posted it to Instagram and went on the attack, writing, “You’re a racist sl*t who s**ked & swallowed her way into her job & position only to misuse your platform & degrade the very culture you praised so much before your mediocre rise to media fame.” He continued, “You are a closet racist & the exact opposite of the role model for young girls of any color so stop the ‘I do this for the young girls who…’ Bitch shut the f**k up!!!”

He claimed that she had “9 plastic surgeries because you hated yourself ” and that “You are no one’s role model, hero, motivation nor have you changed anyone’s life so once again, here you are getting put in your mothaf**kin place by someone who represents & defends the culture you secretly love but try to sh*t on in the public eye.”

“WE are all REAL WOKE in 2019 & WE are not tolerating YOURS or anyone else’s bullsh*t…. so go find a bathroom mirror, strip down all that cheap make up & look at the REAL YOU wh*re & cry !!!” He also added some x-rated descriptions of how she needed to keep her mouth closed but we won’t go there, but he did one final diss by hash tagging about her looks “#HelicopterLaunchPadForeheadHavinAss.” Tomi wasn’t having the abuse and fought back HARD!

I have no problem arguing political points or policy but this fool’s attack on me had nothing to do with politics- it was all personal, all disgusting, and yeah dare I say sexist?

Hey feminists, this okay with you? pic.twitter.com/Sdw6nGR4f9

Tomi posted his entire message to Twitter and asking feminists if The Game’s attack on her was okay with them. She also called him “sexist” for his rant. Tomi then responded directly to him with a side by side pic of her as a teen and how she looks today to her Instagram account, writing “Hey @losangelesconfidentialhere you go. This is for you. On the left is an unflattering high school photo of me. On the right is me now. Same big forehead, same ears that kinda stick out, same eyebrows, same Tomi. The difference? Tomi today has the guts and the confidence to post that high school photo you mocked.”

“Because guess what, I don’t do what I do for your approval or praise. I do it for the millions of young girls (on both sides of the political spectrum) who deserve to see a woman like me stand up for herself and not take sh*t from jerks like you.” she continued. “And ladies, I hope you see this and know that beauty isn’t about your hair, makeup, eyebrows, weight, or any of it. Beauty radiates when you have the confidence to stand up for and love yourself regardless of who tries to pull you down. So yeah Game, you can make fun of me and demean me but end of the day, you’re just a classless rapper who degrades women for attention. I win. Game over.” Now that they’ve each had their say, hopefully this ugly feud is history.