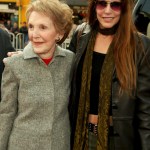 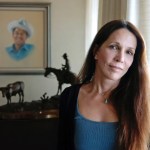 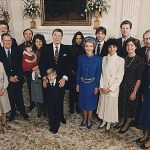 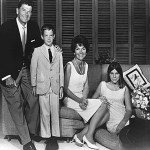 President Ronald Reagan’s daughter, Patti Davis, gave a telling interview to Yahoo News, which aired on Mar. 19, and she opened up about how her dad would feel about today’s Donald Trump-era GOP.

Patti Davis, 66, the daughter of the late Ronald Reagan, who served as the 40th U.S. president from 1981 until 1989, made an appearance on the Yahoo News series, Through Her Eyes, hosted by Zainab Salbi, on Mar. 19, and she opened up about her political opinions and how she thinks her dad would be utterly disappointed with the current state of the Republican party, run by Donald Trump.

“I think he would be horrified,” Patti said about how Ronald would feel today. “I think he would be heartbroken, because he loved this country a lot and he believed in this country.” She also elaborated on how she feels things in the political world are a lot different than they used to be, and not in a good way. “There’s no resemblance to the Republican Party of my father’s time,” she explained, before expressing her own dissatisfaction with Trump. “How about the crickets when Trump keeps assaulting the constitution,” she continued. “I mean, they don’t say anything. They don’t stand up to him.”

“He talks like an autocrat,” Patti went on, while discussing Trump and the way he handles issues like immigration and political rhetoric. “He befriends autocrats. He supports autocrats. He believes them. He wants to be one.”

In addition to speaking out about Trump and today’s politics, Patti opened up about how she often publicly disagreed with many of her father’s policies, which led to them having a rocky relationship. She also talked about how she was able to reconcile with him before he passed away of pneumonia complicated by Alzheimer’s disease in 2004.

“I feel that I did get a chance to apologize to my father, in this sort of mysterious realm that Alzheimer’s puts you in,” she admitted before reflecting back on one of the last emotional moments she had with Reagan. In that moment, he opened his eyes and lovingly gazed at his wife, Nancy Reagan, something he hadn’t done since before he started battling the disease. “That was, to me, the validation of the belief that I had held onto for a decade,” Patti said. “That there’s a soul there — within a body and mind that is fading or being nibbled away at by the disease.”