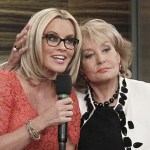 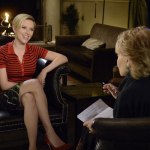 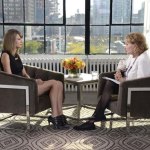 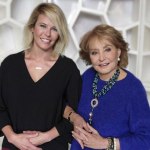 Jenny McCarthy claims that Barbara Walters was so difficult to work with on ‘The View’ that it was the worst job she’d ever had in her life, causing her to cry constantly and leaving her ‘miserable.’

Jenny McCarthy has opened up in a new book about The View that her experience working on the ABC show in 2013-2014 was the “most miserable I’ve been on a job in my 25 years of show business” thanks to longtime host Barbara Walters. The then-83-year-old was in her final year with the program and didn’t take well to Jenny’s love of pop culture and speaking her mind. “Imagine a woman like Barbara Walters. It’s her last year and she doesn’t want to leave. Think about that. And I’m the new bitch there,” Jenny recalls in and excerpt obtained by Vulture from Ramin Setoodeh’s upcoming book, Ladies Who Punch: The Explosive Inside Story of ‘The View.’

The 46-year-old reveals that she turned down her own a daytime talk show opportunity with CBS to join the ABC daytime staple, replacing Joy Behar and Elisabeth Hasselbeck, as the show tried to veer away from the politics that had led to such a divisive Hot Topics panel. But it became problematic according to Jenny because Barbara wasn’t familiar with pop culture, as the former MTV star claims the longtime journalist didn’t know who Katy Perry was. Jenny says the panelists were told not to “do pop culture anymore because [Walters] doesn’t know who the people are.”

As a result the Hot Topics panelists were instructed to go back to talking about politics, which is something Jenny wasn’t down with. “I panicked because I don’t consider myself a political person,” she says. “Now I had to figure out, ‘Am I coming out as a Republican or a Democrat? Where do I stand on all the social issues and political issues?’“

The mom of one claims that Barbara had a Jekyll and Hyde personality and could flip a switch and start screaming at people. “Hopefully, I get the Barbara Walters who is nice,” she recalls thinking heading into work each day. And when things didn’t go well, “I’ve never seen a woman yell like that before until I worked with Barbara Walters,” she adds.

“I was going to work crying. I couldn’t be myself,” Jenny says. “My fans were telling me, ‘Where’s Jenny? They aren’t letting you be you.’” As a result, her stint on The View turned into Jenny’s worst professional experience. “Every day I went home and I was miserable. It really was the most miserable I’ve been on a job in my 25 years of show business. I kicked myself for not taking the CBS job, of course.” After Barbara’s retirement in May of 2014, Jenny and fellow panelist  Sherri Shepherd, 51, were let go from The View the following month, leaving only Whoopi Goldberg at the famed table.