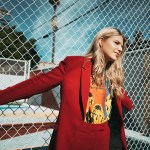 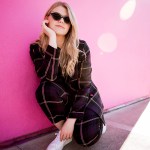 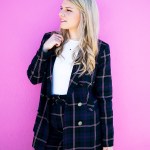 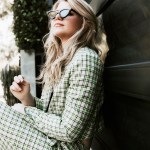 Today’s the day! Brynn Elliott embarks on her U.S. tour with Why Don’t We on March 20, & told HollywoodLife EXCLUSIVELY all about all the new tunes she’ll be singing & the meaning behind her latest single, ‘Internet You.’

It’s an unlikely story: an Ivy League grad leaving behind a promising philosophy career to pursue her music calling, but it’s one Brynn Elliott proudly owns. The 24-year-old singer seems to have made the right choice though – having already shared the stage with the likes of Alanis Morissette, Brandi Carlile, and Grace Potter, and having inked a deal with Atlantic Records. Now, the Harvard graduate is about to make an impact on all the biggest cities in the U.S., with her 23 date nationwide trek with boy band superstars Why Don’t We. Between the loyal fanbase Brynn has already built herself, and the fans she’s about to land herself after the tour, Brynn’s budding career is about to explode.

We spoke with the singer about her wild musical journey so far, and what inspired her relatable track, “Internet You.” Catch the EXCLUSIVE chat below!

Fans are loving “Internet You.” Can you just tell me about the back story of that song?

“Internet You” is one of those songs that came from me attempting to date in college in the age of the internet, which is a pretty awkward situation I will say.

Was there a specific situation that inspired it?
There was this one guy that really got me because he captioned one of his photos with a T.S Eliot quote, who’s my favorite poet. I was like ‘oh I like this guy.’ Basically, I met him and I sort of casually brought up T.S Eliot and he had no idea what I was talking about! I was like ‘wait, like, you know we follow each other on Instagram and I think I totally saw like your caption,’ and then he looks at me and says, ‘yeah, you know like that photo was so epic and I had to find an emotional quote as my caption.’ “Internet you” just came from those kinds of experiences.

Do you have a video coming for the track as well?

Yeah, we’re planning some content so hopefully that will be soon, it’s in the works.

How excited are you to hit the road with Why Don’t We?

Oh my gosh, I am over the moon about it. I can’t really even put it into words. First of all, they are so nice and I’m just excited to open the stage for such awesome people, and then I love playing live, its my favorite thing that I do, and why I write songs.

You have such an interesting backstory. When was the moment you knew you wanted to pursue music full-time despite attending Harvard?

It’s funny, its actually the turning point happened before I went to college, so I applied to Harvard my senior year of high school and that was always my dream I applied my senior year and I didn’t get into Harvard, but I was writing songs and throughout high school and I kind of started writing songs because I was overwhelmed and the end of the day of like a pretty rigorous academic lifestyle in high school. I started writing songs at the end of the day to kind of feel human again and sort of do something that had nothing to do with trying to get into college.

What’s been the craziest moment of the journey so far?

Oh my goodness, so many memorable moments. You know, last fall I got to play my first national TV performance on Live with Kelly and Ryan and honestly right before I walked on stage to do my song, “Might Not Like Me” for them, that was kind of like a moment where it kind of all hit me like, ‘how is this my life?’

Why Don’t We’s 8 Letters tour with Brynn Elliott kicks off on March 20 in Phoenix, Arizona.