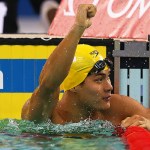 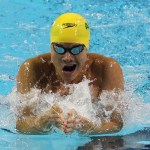 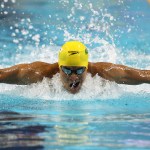 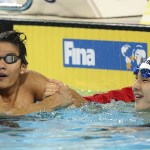 Swimmer Kenneth To has sadly died at the age of 26. The Hong Kong record holder was training in Florida when he tragically passed away.

The swimming world has lost an incredible talent far too soon. Kenneth To has died. He was just 26 years old when he passed away suddenly. Kenneth was a swimming star on the rise and had hopes of swimming in the upcoming 2020 Tokyo Olympics.

2. He died while training in Florida. “(To) felt unwell at a training session and was taken to hospital where sadly, he passed away,” the Hong Kong Sports Institute said on Tuesday in a statement, according to Washington Post. “Kenneth was known as a truly exceptional person, warm, funny and kind.” A cause of death has not been revealed. Kenneth had been in Florida for a 3-month training camp at the University of Florida in Gainesville.

3. He was training for the 2020 Tokyo Olympics. Kenneth was working towards the Olympic event. He would have been swimming on behalf of Hong Kong, after switching his nationality in 2016.

4. He chronicled his training journey on social media. Kenneth’s last social media post was on March 12 and included his swimmates. “On training camp with Coach Troy and the squad. Thankful for the opportunity to be a part of this amazing group!” he wrote.

5. Kenneth celebrated his 3-year anniversary with his girlfriend last year. The swimmer also posted adorable photos on social media of his girlfriend, Kelly. Back in Sept. 2018, he captioned a photo with Kelly, “3 years and counting! Couldn’t be happier.”