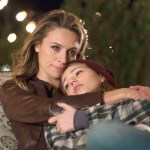 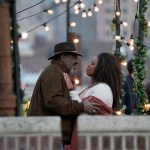 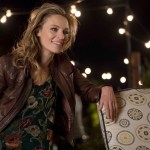 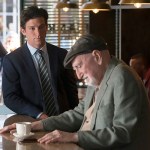 ‘The Village’ premiere introduced us to a new cast of character we already love. HL spoke EXCLUSIVELY with the cast about what’s coming up after the jaw-dropping ending to the pilot and more.

The series premiere of The Village revealed the fascinating characters that live within the walls of an apartment building Brooklyn. The end of the episode featured the big reveal that Nick is actually Katie’s father. Nick, who is just back from war, had a conversation with Sarah, Katie’s mom, and they agreed to keep their secret for a little while longer. Sarah is also juggling the fact that Katie is pregnant. HollywoodLife spoke EXCLUSIVELY with the cast at SCAD aTVfest about what’s to come this season and more.

Even though Katie doesn’t know that Nick is her father, they are living in the same building. Warren Christie talked about their dynamic moving forward. “They’re going to cross paths and to have so much lost time and not be able to discuss it is hard,” Warren told HollywoodLife. “So he’s going to be forging not necessarily the relationship that he thought when he came back, but he’s still going to try and forge some kind of relationship with her and the other people in the building as well. A lot of different twists and things come along as the season goes on, but it plays out quite beautifully.” Michaela McManus, who plays Sarah, promised that we will learn about Sarah and Nick’s “history that plays out quite a bit in the first season.”

The Village’s executive producer, Mike Daniels, also added this about Nick and every character’s journey this season: “I think a big part of Nick’s character is somebody who’s been living a very different life comes home and has to figure who he is now. I think when we meet every character there’s a tectonic shift going on in their lives. How those things intertwine, how those people relate to each other, how people try and take care of each other are all really where we get the story.”

Sarah and Katie’s mother-daughter relationship is at the heart of the series, and the fact that Katie is following in her mother’s footsteps by having a baby so young will definitely change their relationship. “It’s incredibly complex. I think that Sarah’s greatest pride in her life is her daughter,” Michaela said. “I feel like she’s spent her whole life focused on doing it right. I think she’s felt like she’s failed in other ways, but this is the thing she can take pride in. They’re incredibly close. They never really had much money, but they always had each other and have this beautiful bond. Sarah’s always felt incredibly close to her, but her world is sort of rocked. She discovers Katie’s pregnancy that she really didn’t see coming and in a way was almost blindsided by it. It’s kind of shaken her to the core. She’s questioning all the choices that she’s made and she’s in this tough position of not wanting her daughter to follow in her footsteps exactly and wanting better and wanting more for her daughter. She’s just trying to navigate this shock.”

Mike also promised that fans will get character backstories this season. “I think we’ll slowly peel back the onion about everybody. In different episodes, we get little pieces about how everybody landed there and what their story’s been,” Mike continued. “There are some great surprises in there you wouldn’t necessarily see coming about people’s journeys because I think they were complicated before we met them and their lives continue to be complicated.”

The Village is a heartfelt drama in the same vein as This Is Us that we need more of on television. Shows like The Village embrace all the good the world has to offer, and that’s why Lorraine Toussaint, who plays Patricia, was drawn to the series. “Mike has created a show where he speaks to the best of who we are as human beings. In this political environment, I am always looking for ways to fight and which front I can best serve on to remind us of who we are when so much of what we have seen and are hearing is demanding that we change lanes and forget who we are.” Moran Atias, who plays Ava, added: “There’s a connecting tissue between all these characters, and it comes in small and larger doses. What I really connect to is you see the best of people. It’s easy to forget because we’re caught up in our difficulties and our challenges. It’s easy to fall down into that. But finding the best part of ourselves and letting go of our ego and thinking about the other person for the good of our community is a great lesson to be reminded of and this show does it beautifully.” The Village airs Tuesdays at 10 p.m. on NBC.