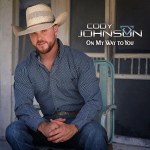 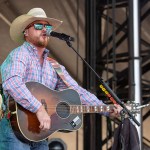 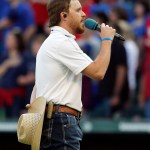 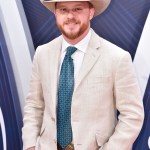 Cody Johnson’s ‘On My Way To You’ has been on the Billboard Country Radio chart for 32 weeks, & it doesn’t seem to be budging. The singer spoke to HL about the ‘relief’ that has come with his major success.

There’s an overnight, viral sensation, and then there’s Cody Johnson, who worked as a prison guard for years and struggled as an artist to get on the radio, until his single “On My Way To You” received extensive radio play. “It’s been a long road to do this,” Cody told HollywoodLife.com in an EXCLUSIVE interview, as his album Ain’t Nothin’ To It was headed to the #1 spot on the Billboard Country Album chart. “If I had seen some overnight success, it would be one thing. I think it would have taken me back a little bit, but this is 10 years, almost 11 years of being on the road, with no radio attention, no label attention.” Cody revealed that the major success of the album and his hit, romantic single “On My Way To You” has been “a little bit of a relief.”

“As far as getting the music out and seeing all this success, man, I’ve been waiting for this for a long time so for me it’s a lot more like relief,” he said. Cody’s vocals and lyrics have offered country music fans the beloved OG prime country that we rarely hear from newer artists today, which is why everyone was so quick to fall for his ginger scruff and twang. “When you hear me sing or watch me play it’s what you see is what you get. What you hear is what you get. I’m not trying to be country. This is just who I am,” he explained. “It’s not a new sound, it’s just a sound you abandoned 20 years ago.”

In addition to recording his own music, Cody just collaborated with the legendary Brooks & Dunn on their Reboot album. The duo revealed that Cody partnered with them on “Red Dirt Road,” and complimented his “cowboy and honest” voice. When it comes to his future records, Cody said that he just wants to be as real as he can with his listeners. “I want to make sure that whenever you scroll through my album that there’s a song for each person on there to go, ‘Man, that was written for me, that was put on there for me,'” he said, “I think as long as I can maintain that ability it’ll be authentic. The authenticity will be there.”