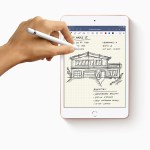 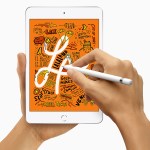 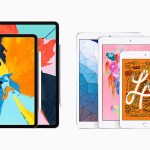 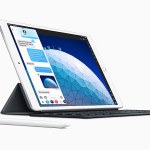 Surprise! Apple just revealed that the beloved iPad Mini got a major upgrade, and it’s a total game changer for users eager for faster performance, clearer cameras, and the chance to use Apple pencils.

Apple just executed a major surprise ahead of their March 25 event, announcing the upcoming 7.9 inch iPad Mini on March 18. Apple’s most compact iPad is currently available for pre-order, and already selling like hotcakes before its release in stores next week. While the iPad Mini appears very similar to the current model, it now runs on an A12 bionic chip, which the company claims will mean three times better performance, as well as nine times better graphics. It also features an advanced retina display. The advanced Retina display with True Tone technology and wide color support is 25 percent brighter3 and has the highest pixel density of any iPad, delivering an immersive visual experience in any setting,” the company said in a statement.

The new Mini also supports the Apple pencil, which allows users to draw and write on the iPad, rather than just type. Even better? Apple says it will feature upgraded cameras “exceptional low-light performance,” and the ability to capture 1080p HD videos. If you’re one of those dads who take vacation photos on iPads, your selfie game is about to change.

Overall, the new iPad mini doesn’t have any noticeable design differences from the current model. But, it’s a much needed upgrade, as the model hasn’t been updated since 2015. If you’re interested, the new iPad Mini starts at $399 for the wifi model featuring 64GB of storage; the cellular model starts at $529. The Apple Pencil is sold separately for $99.

So, if they’re not announcing the new iPad release, what will Apple discuss at their special event on March 25? The event, which kicks off at 1:00pm PDT at the Steve Jobs Theater in Cupertino, California, will likely be about platform updates, new programs, and updates to Apple Video and Apple TV.