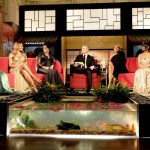 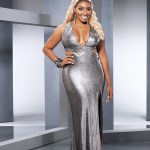 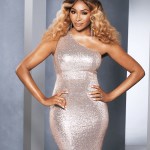 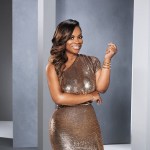 Days after being slammed by Nene Leakes, Cynthia Bailey, 52, is spending time with former RHOA housewife Kenya Moore, who has feuded with Nene in the past, and her 4-month-old baby daughter Brooklyn. In addition to the cute pics and video she shared shared of her cuddling with Brooklyn, Cynthia wrote in the caption, “I believe in angels💕 @thekenyamoore @thebrooklyndaly #brooklyndaly #thebabysitter #mommybreak #love #aunticynt.” In responding to a recent tweet by a fan, Nene seemingly called Cynthia and Kandi Burruss “weak” for allegedly trying to bring Kenya back.

Cynthia previously told HollywoodLife EXCLUSIVELY that despite their issues in the past, she has “nothing but love” for Nene. “I have nothing but love for Nene and her family. I have always supported her as a friend, and a co-worker,” Cynthia admitted. “Especially during Gregg’s battle with cancer. My heart truly goes out to the both of them. I pray for his full recovery, and I also pray for their marriage during this difficult time.”

Meanwhile, Nene brought up her feud with Cynthia during an Instagram live video on Mar. 13. “As far as Cynthia’s concerned, you’re going to have to watch the finale to see what it is that she does,” she said during the rant. “Now, Cynthia’s done a lot of stuff in my opinion, on the down low and very sneaky and underhanded. I’m just telling you the truth. I also just tell it like it is. And, if you don’t like it, you don’t like it and you can figure it out. She has done a lot of stuff that you all just don’t get to see on the show, that’s just underhanded and I always come out looking like the bad guy.”

There were rumors circulating that Nene was angry at Cynthia for trying to bring Kenya back to RHOA. Time will tell what drama ends up going down in this season’s finale between Nene and Cynthia.