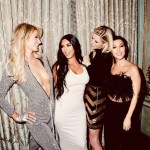 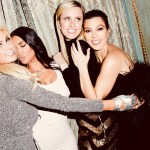 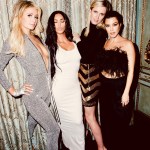 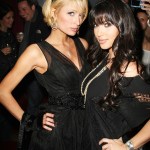 We’d expect nothing less from Paris Hilton‘s birthday party! While the star had her actual birthday on Feb. 17, she officially celebrated it on Mar. 16 and needless to say, she went all out. Not only was her former bestie Kim Kardashian, 38, in attendance for her 38th birthday celebrations at an undisclosed location, but the party had Paris, who wore a plunging sparkly outfit, showing off her formidable pole-dancing skills. The event also featured dancing and sparklers, and had other celebs like Kourtney Kardashian, 39, Larsa Pippen, 44, and more there as well to enjoy the party’s iconic theme: “#ClubParis.”

A source close to Kim and Paris told HollywoodLife EXCLUSIVELY that they had a great time celebrating Paris’ birthday together at her party that proved to be “legendary,” and that they’re closer than ever. “Kim and Paris are extremely close again and Kim was happy to celebrate her birthday with her,” our source told us. “Both girls have grown up so much and they truly love each other. They know they have a long history together. They text and talk all the time even though they don’t see each other as much because of their busy work and travel schedules. Their moms also have been friends forever, so it’s great everyone’s so close. There’s absolutely no drama between them and hasn’t been for quite some time. They both even bounce business ideas off one another and have nothing but respect for the empires they have both built. Sources at the party say that all the sisters, Paris, Kim, Kourtney and Nicky all had the best time dancing at Club Paris. Paris‘s neighbor Kendall Jenner even came by to celebrate with the birthday girl. It was a legendary night.”

Meanwhile, we reported earlier how Paris and Machine Gun Kelly, 28, were spotted out at an event for TINGS Magazine on Feb. 28. “Paris and Machine Gun Kelly enjoyed a flirty night out after running into each other at an event in L.A. recently,” an eyewitness told HollywoodLife EXCLUSIVELY. “They definitely have chemistry and kept the party going until late in the evening, even leaving Delilah late [in the] night to go hangout more together at her house. Paris is just having fun though. She’d love to settle down, but right now, it’s just flirty fun and she really thinks he’s cute.”

Just months ago, Paris called off her engagement to Chris Zylka, 33, in Nov., 2018. Later on in the month, she went on The Talk to explain why she decided to end their relationship.  She told the ladies of The Talk, “When I fall in love, I fall in love fast and hard, and it was this whirlwind romance. I’ve always been obsessed with Disney stories and love stories, and I thought it was gonna [sic] be my happy ending, and I just realized after time that it wasn’t the right decision.”

Such an epic night celebrating my birthday last night at #ClubParis with all my beautiful friends. 🔥. 🎥by @KevinOstaj

While attending Paris’ party, Kim told her friend, “Happy birthday, Paris. Even though your birthday was months ago, this is how she celebrates… but she deserves it.”