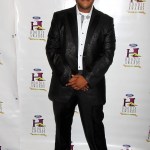 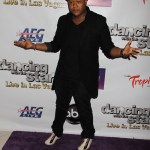 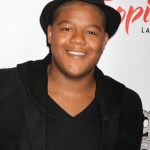 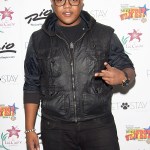 Former Cory in the House Disney Channel star Kyle Massey, 27, was sued for $1.5 million minimum on March 15 for allegedly sending explicit texts and videos to a minor, according to People, which claimed to have seen the court documents. The behavior that Kyle allegedly engaged in included: “sending explicit matter to a minor, attempting to commit a lewd act with a minor, annoying or molesting a minor, and emotional distress,” People reported the documentation described.

The lawsuit said, according to the magazine, how Kyle and the 13-year-old met: She claimed she met Kyle nine years ago at Universal City in California while with her mother. The young girl was interested in pursuing an acting career, according to the lawsuit, and Kyle stayed in touch, reportedly offering to help the teen and “held himself out as a father figure” to her. They resumed speaking again in Nov. 2018, and Kyle allegedly offered the teen stay with him and his girlfriend while he’d help the young girl find an agent for her acting career.

People went on to report that according to the lawsuit, a month after resuming communication, Kyle reportedly added the teen on picture, video, and text app Snapchat. In the lawsuit, the teen claimed after Kyle added her on Snapchat, he sent her “numerous sexually explicit text messages, images, and videos.”

HollywoodLife has not yet had an opportunity to review the court documents. HollywoodLife reached out to Kyle’s representatives, but did not receive an immediate response.

Kyle was born in Atlanta, Georgia, and rose to fame on That’s So Raven, which aired from 2003 to 2007. After his That’s So Raven and Cory in the House days on Disney Channel, Kyle went on to other television series, like Fish Hooks, Gotham, Being Mary Jane, and Mighty Magiswords. Kyle’s latest television project was voice acting in Rise of the Teenage Mutant Ninja Turtles as Jeremy in 2018. He competed on reality television competition Dancing with the Stars as well.