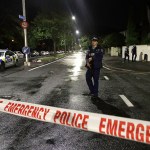 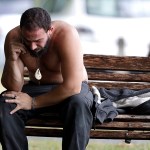 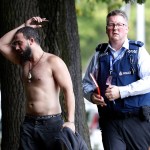 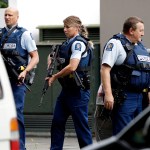 New Zealand was rocked by tragedy, when a terrorist attack on two mosques left nearly 50 people dead on March 15. Four suspects have been taken into custody, with one named in court papers as Brenton Harrison Tarrant.

“This is and will be one of New Zealand’s darkest days,” New Zealand Prime Minister Jacinda Ardern said in the wake of the March 15 shootings at two mosques in the city of Christchurch. At least 49 people were killed and 20 were seriously injured in what appears to be a racially motivated attack. In a horrible sign of the future of terror, one of the alleged gunmen allegedly live-streamed the attack, broadcasting their rampage online for all to see.

Initial reports by The Guardian and ABC.net.au named the shooter as Brenton Harrison Tarrant, 28, and The Guardian uncovered a 74-page manifesto attributed to a man of the same name. The New York Times is also now reporting that the man accused of the shooting spree was identified in court papers on Saturday, March 16, as Brenton Harrison Tarrant. And now that we know Brenton is one of the four people taken into custody over this attack, here’s what we know about him.

1. He was an Australian… While the police didn’t name Brenton as one of the suspects taken into custody, Australia’s prime minister, Scott Morrison, confirmed that an Australian had been arrested in New Zealand, according to The Guardian. In addition, ABC.net.au also alleged Brenton was the shooter who live-streamed the attack on the Al Noor Mosque.

The “manifesto” is full of rants about “white genocide,” blasting diversity as an “invasion” and claiming the attack is a way to send a message that “nowhere in the world is safe.” In addition, the “manifesto” describes the shooter as an ethnonationalist and a fascist.

3. New Zealand wasn’t his first target. Brenton reportedly traveled frequently on the money he made from Bitconnect and cryptocurrency like Bitcoin. The “manifesto” author says they were planning the attack for two years, but the Christchurch mosques were not the intended target. “I only arrived to New Zealand to live temporarily whilst I planned and trained, but I soon found out that New Zealand was as target rich of an environment as anywhere else in the west,” the document’s author wrote.

4. The “manifesto” claims he was inspired by the 2011 Norway attacks. In the “manifesto” attributed to Brenton, the writer references Candace Owens, Charleston shooter Dlyann Roof, President Donald Trump (“As a symbol of renewed white identity and common purpose? Sure. As a policy maker and a leader? Dear god no”), and others. Yet, the author says he only “took true inspiration” from Anders Breivik, the far-right terrorist who carried out the 2011 attacks in Norway. He killed eight people by detonating a van bomb in Oslo, before shooting dead 69 people at a Worker’s Youth League summer camp.

5. He used to work as a personal trainer in Grafton. “He was a very dedicated personal trainer,” Tracey Gray, manager of the Big River Gym in the northern New South Wales City of Grafton, according to ABC.net.au. “He worked in our program that offered free training to kids in the community, and he was very passionate about that… He was very good, very dedicated with his training. He would train a lot, and some could say quite excessively, but then he was passionate about health and fitness and making those changes in his personal space.”

His former employer said that Brenton didn’t strike her as someone who was interested in firearms. “I think something must have changed in him during the years he spent traveling overseas,” she said. “…I honestly can’t believe that somebody I have probably had daily dealings with and had shared conversations and interacted with would be capable of something to this extreme.”