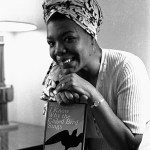 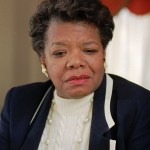 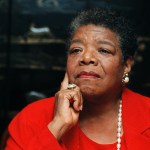 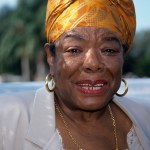 In a resurfaced video from the early ’90s, Maya Angelou reprimanded a 14-year-old girl for calling the late poet by her first name.

A Q&A portion of a resurfaced Maya Angelou interview, which shows the late poet scolding one of the attendees for calling her by her first name, has gone viral. The clip, which Newsweek claims is from around 1990, has Maya fielding a question about interracial relationships from a 14-year-old girl named Kim, who calls her “Maya.” Angelou responds, “Thanks, and first, I’m Ms. Angelou. Yes, ma’am, I’m not Maya. I’m 62 years old. I have lived so long and tried so hard that a young woman like you, or any other, has no license to come up to me and to call me by my first name. That’s first, that’s first. Also, because at the same time, I am your mother; I am your auntie; I am your teacher; I am your professor, you see?”

As a result of this video, Twitter was pretty evenly split about whether Maya was being rude, or if she was justified in reprimanding the teen. @_CoachHill wrote, “I’m respectful but I would’ve have curse out Maya Angelou right here.” @TiaWithAPen tweeted, “This right here. Maya Angelou with the get your act together in under thirty seconds. 🙌🏾 Respect. Your. Elders.” @DrPhilDONTEHue tweeted, “Maya Angelou was DEADass wrong in that clip and everybody knows it.” Meanwhile, writer Ira Madison III tweeted, “Maya Angelou is dead she is the literal definition of unbothered can y’all stop trying to drag a new dead person every week when you’re bored.”

However, many were quick to point out that Maya later apologized in the short for being short with the 14-year old. “And let me say, to Kim, I apologize for being so short,” Angelou said. “I apologize. I’m not usually so short. It just caught me off guard. I saw you’re 14 and I was like, ‘Ooh.’ Well, I apologize.”

Before Angelou passed away on May 28, 2014, she was a civil rights leader, poet and memoirist. She was presented with the Presidential Medal of Freedom in 2011, won three Grammys for her spoken word albums, and received over 50 honorary degrees in her career.