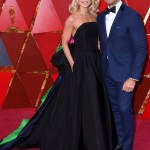 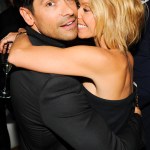 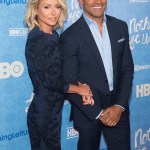 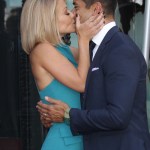 Kelly Ripa, 48, and her husband Mark Consuelos, 47, have always been and will always be couple goals (did you see how cute they looked at the Oscars?), but there’s at least one of her Instagram followers who doesn’t like it when she posts PDA pics of herself and Mark. After Kelly posted a throwback picture of Mark grabbings Kelly by the waist and captioned the photo, writing, “fbf 2007 Those hands 💕,” Kelly’s daughter Lola Grace Consuelos, 17, commented, “Is the caption necessary 🤦 .” Of course, Kelly wasn’t having it with Lola’s dig. She in turn replied, “gurl bye 👋.” The funniest part of this whole comment exchange happened when a fan, who didn’t realize that it was Kelly’s daughter calling the daytime host out, wrote, “They look like great hands Kelly youngestyung is just jealous.” To which, Kelly replied, “no she’s just grossed out. That’s my daughter 😂.” SEE THE PIC HERE.

We reported earlier how Kelly mourned the loss of Luke Perry, who passed away on Mar. 4 after suffering a massive stroke on Feb. 27. “It’s a tough day around here, it really is,” she said on the Mar. 5 episode of Live With Kelly and Ryan. “We lost a great friend to the show, a great guy. Luke Perry passed away yesterday very, very, very shockingly. And I am still stunned. I woke up this morning thinking that there had to have been a mistake.”

Meanwhile, Dr. Daryl Gioffre, a celebrity nutritionist and author of Get Off Your Acid, revealed how the the daytime talk show host uses the Alkaline Diet to stay in such amazing shape. “There are foods that create health in the body and there are foods that create toxins in the body,” explains Dr. Gioffre. “What you want to do is you want to remove the things that are acidic. So, sugar, grains, artificial sweeteners, too much meat or animal-based proteins and dairy. And we focus on getting the alkaline foods into the diet, so your green leafy vegetables, your spinach, your kale, your watercress, your romaine lettuce. Your cruciferous vegetables, like broccoli and cauliflower. Your sulfur-based vegetables which is like onions and radishes and cabbages.”