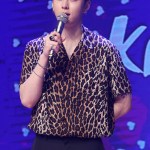 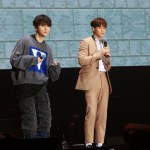 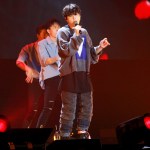 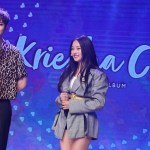 Yong Junhyung announced his departure from Highlight and his participation ‘in inappropriate conversations,’ amid an ‘illegal video’ scandal allegedly linked to K-Pop idol Jung Joon Young.

Yong Junhyung, 29, is the latest K-pop idol to leave his group as alleged sex crimes within the South Korean music industry have surfaced. According to a Korean message shared on March 14 and translated by Soompi, the former Highlight member wrote that he “never participated in the illegal acts of taking hidden camera footage or circulating it,” but had “participated in inappropriate conversations” regarding a video that another K-pop idol, Jung Joon Young, allegedly sent him. On March 13, Jung had admitted to filming “women without their consent” and sharing the footage “in a social media chatroom” in a statement provided to Korea’s Herald, which Soompi also translated. Jung also announced his retirement as a singer.

Yong expressed remorse for not addressing the videos seriously at the time in 2015. “In the KakaoTalk messages with Jung Joon Young from late 2015 reported by the news, we drank the night before and went home, and I asked him how he is doing the next day. Jung Joon Young told me that he got caught after sending illegal video footage to someone, and I responded, ‘You got caught by her?'” Yong recounted in his Instagram statement. He continued, “I did not receive a video at the time, but I did receive a video at a different instance. In addition, I participated in inappropriate conversations regarding it. All of these actions were very immoral, and I was foolish. I treated it as not a big deal without thinking that it is a crime and illegal act, and it is also my fault for not firmly restraining [Jung Joon Young].”

Yong claimed he fully cooperated with the investigation, and continued to voice his shame over his “conversations” over the hidden camera footage (however, he did not admit to participating in a social media chatroom). “While receiving the witness interview, I saw exactly what conversations I had in the past, and I was embarrassed and could not help but feel horrified,” he wrote, but claimed that his relationship with Jung was limited to “greeting each other once in awhile.” Still, he regretted his initial nonchalant attitude towards the scandal. “However, although I knew of what was happening during that time, I thought of it as not a big deal and acted at ease. I was a silent bystander about this severe issue where several more victims may have arisen due to my actions,” he continued. After apologizing repeatedly to fans, Yong announced he would leave Highlight (previously known as Beast), a group he had performed with since 2009.

Yong’s agency Around US Entertainment also confirmed Yong’s retirement in its own statement released on March 14, translated by Soompi. “[Yong] saw the illegal video(s) he received through the one-on-one chatroom and exchanged inappropriate conversations with [Jung]. We were able to confirm this fact through Yong Junhyung’s witness interview on March 13,” the agency claimed in its statement. Around US Entertainment continued to write, “[Yong] fully understands that this incident is something that cannot be forgiven, and he is deeply reflecting on himself for disappointing and breaking the trust and love he received from fans of Highlight and his fellow members. Moreover, he will take full responsibility and leave Highlight as of March 14, 2019 in order to avoid tarnishing the group’s image and causing secondary damages.”

News of Yong’s terminated relationship with Highlight comes after a third big K-pop star, Seungri, left Big Bang after reportedly becoming a suspect in a prostitution investigation (he has not confirmed this). The police also reportedly accused Seungri of allegedly participating in “text chatrooms” with Jung.