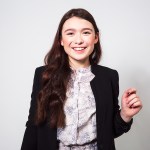 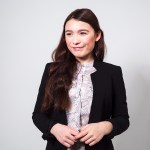 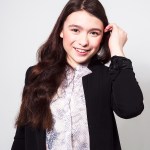 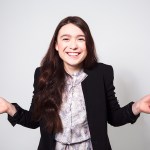 Brianna Denski is the voice of the adorable June in ‘Wonder Park,’ which will be released on March 15. HL spoke EXCLUSIVELY with the young star about nabbing the big role, what it was like meeting Matthew Broderick, and more.

Wonder Park hits theaters on March 15. The movie follows a creative girl named June whose imagination comes to life in the form of an amazing amusement park. HollywoodLife sat down EXCLUSIVELY with Brianna Denski, the 15-year-old who voices June. Brianna revealed what the audition process was like for the role. “I want to say it took at least five months for the whole thing,” Brianna told HollywoodLife. “When I first got June, it was like just another character where I had to put myself in the scene. Once I got the callback, it got a little more serious. Once I got the role and got to see some of the scenes, and I got to feel the emotions that June felt, I just really felt in tune with the character. June became me and I became June.”

She also revealed her adorable reaction to learning she had gotten the role. “Well, my mom got the call, and it was right when I got home from school. She told me and I was literally jumping up and down like a crazy person,” Brianna said. Seeing June come together for the first time was a real “pinch me” moment for Brianna. “It was really cool to see her for the first time,” she continued. “I’m a really big behind-the-scenes geek, so I really appreciated the work that went into the outfit and the color scheme and stuff like that.”

Before the movie’s premiere, she got to meet Matthew Broderick, who plays June’s dad. “It was really cool because I think he was the first official celebrity that I’ve met, and it was amazing. So, there was that. The fact that I knew I’d be working with him, got to talk to him, get the feel for how he’s actually like. It was really cool,” Brianna revealed.

Brianna also talked about the message she wants kids to take away from Wonder Park. “I want kids to go outside, like get their hands dirty, play in the mud, build something, use their imaginations,” she told HollywoodLife. “I feel like in the modern world, a lot of kids are on their technology, and there are some kids that know how to get off of it and they know how to enjoy life, but I feel like there are some kids who are just so absorbed in it, that they don’t know what living life is.”